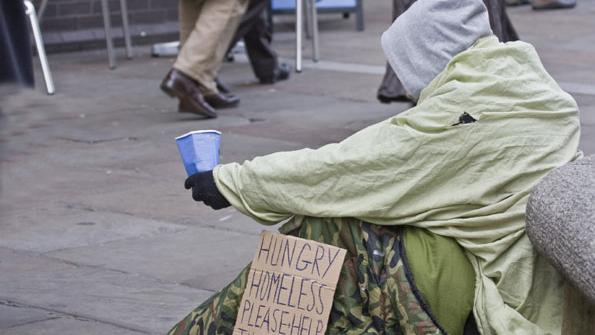 Cities pass ordinances limiting what people can do in public places

A tough economy and ever-tightening budgets have combined recently to exacerbate a familiar problem for many city governments — how to deal with the homeless. According to The Associated Press (AP), there has been a marked increase in the number of cities passing ordinances that affect the homeless by restricting certain activities in public places, such as sitting, lying down, sleeping, parking a bicycle or even leaning a bike against a tree.

Local officials say they are responding to complaints about aggressive panhandling, urinating and other activities that discourage city residents from using public spaces like parks. Officials say tight budgets mean they have fewer resources to provide alternative housing options for the homeless.

Homeless advocates say cities are victimizing people who are already down on their luck, many of whom became homeless because of the financial crisis. They say the many restrictive ordinances — such as banning sitting on a public bench — effectively chase the homeless from one city to another.

“There’s the whole notion of driving while black,” Neil Donovan, executive director of the National Coalition for the Homeless, told AP. “Well, this is sitting while homeless.”