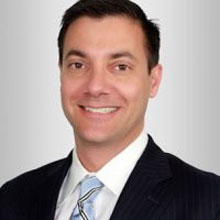 As we researched second-half 2012 Keating Report government budget and spending trends, we received feedback from a number of technology experts. Some of the experts see governments adopting new technologies through the end of 2012.

Here are comments from Rick Caccia, vice president of product marketing at Delphix.

“Like their private sector counterparts, most government agencies are facing high data growth but low budget growth, and federal and state agencies are trying to manage that accordingly. Virtualization technologies help here by reducing spending needs on storage hardware.

“However, relative to the public sector, federal agencies seem to be more aggressive in adopting the cloud as a productivity and cost solution. We expect to see increased spend on cloud infrastructure, cloud services, and cloud migration tools as federal agencies implement the federal CIO office’s ‘cloud first’ strategy. The common issue here is that ‘migrate to the cloud’ sounds good, but is harder to do in practice than it seems. Typically, some legacy applications can’t be moved to the cloud, can’t be shut down, and therefore act as anchors on cloud initiatives. So, agencies are looking at tools to make the move happen more quickly, and the budgets will be reallocated accordingly.

“This is not as prevalent for state agencies, which are following the IT strategies of their individual states.”

Menlo Park, Calif.-based Delphix enables agile data management through intelligent software that eliminates redundant infrastructure and slow processes. The Delphix team has created software companies in a variety of markets, including data de-duplication, virtualization, application development, and real-time intelligence and analysis. The Delphix Agile Data Platform is being used by organizations worldwide to cut the time, cost, and complexity of delivering enterprise applications.

Delphix supports the unique data needs in government agencies by cutting the time, effort, and risk of application delivery. The company does this by eliminating the infrastructure and processes required to provision, update, and maintain application databases. As a result, application teams can deliver new systems, functions, and datasets in up to 50 percent less time, enabling users to perform their jobs quickly and efficiently, according to the company.

The January Government Product News and Govpro.com will have the 2013 Keating Report forecast on government budgets and spending.