Vehicle fleets across 12 U.S. states in the Southeast Propane Autogas Development Program saved an average of $1.62 per gallon last quarter filling up with propane autogas versus gasoline. 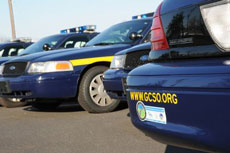 To date, autogas fleets in the program have reduced greenhouse gas emissions by more than 2,000 tons and displaced more than 1 million gallons of gasoline.

“We are nearing the end of the third year of the Southeast Propane Autogas Development Program, and we’ve seen tremendous results in terms of reducing harmful pollutants and emissions, as well as helping regional fleets lower their fuel costs by running on propane autogas,” says Alleyn Harned, executive director of Virginia Clean Cities, one of the organizations that administers the program. “Autogas is a domestically produced, cleaner-burning fuel that is very cost effective for fleets, so it has a significant role to play in diversifying our nation’s transportation fuel.”

The Southeast Propane Autogas Development Program is comprised of public and private partnerships throughout 10 states in the Southeast U.S., Denver and Pittsburgh. Over its four-year span, the program will put more than 1,200 autogas vehicles from public and private fleets on the road and implement more than 30 autogas fueling stations. Government and law enforcement fleets are taking part in the program.

Funding from the American Recovery & Reinvestment Act and the U.S. Department of Energy’s Clean Cities Program supports the program. The program is managed and administered by the Virginia Department of Mines, Minerals and Energy and Virginia Clean Cities at James Madison University.