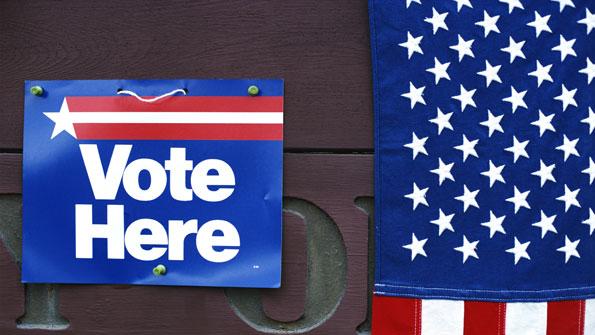 As recovery efforts continue in the aftermath of Hurricane Sandy, state and local officials are also making contingency plans for Election Day.

As recovery efforts continue in the aftermath of Hurricane Sandy, state and local officials are also scrambling to prepare for Election Day Nov. 6. Officials in several states are working to make sure the storm doesn’t keep people from being able to vote.

In New Jersey, polling places in some flooded shoreline communities won’t be accessible on Election Day. Officials plan to designate new polling places, including perhaps setting up regional voting centers for some communities.

“There won’t be any polling places open on the barrier islands,” Ocean County GOP Chairman George Gilmore told PolitikerNJ.com. “We will probably move them to the mainland.”

Clerks from New Jersey’s 21 counties held conference calls with state election officials and the governor’s office. Every county plans to proceed with voting on Tuesday.

In New York, the State Elections Board extended the deadline for requesting absentee ballots.  In addition, the board extended by nearly a week the window for those ballots to be received.

Pennsylvania Gov. Tom Corbett also extended the deadline for turning in absentee ballots for counties impacted by Sandy, according to CBS Philly. The change applies to counties where the election office was closed at some point because of the storm.

The extension will benefit Philadelphia, Bucks, Chester and Montgomery County elections offices, which all closed for at least a day because of Sandy. Under the new deadline, absentee ballots will be delivered to county polling places on Election Day, instead of the day before as in previous years, according to the CBS station.

Pennsylvania is also putting backup plans in place. They include emergency paper ballots and running electronic voting machines on battery power in places where power may not be restored by Tuesday, according to The Huffington Post.