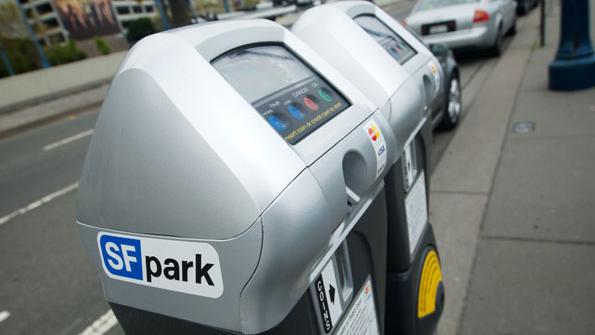 In case you haven’t noticed, parking is changing in many American cities. So-called “smart parking” systems are using high-tech gadgetry to make parking easier and reduce traffic congestion in cities from San Francisco to Austin, Texas, from Los Angeles to Pittsburgh.

In those cities, drivers no longer need to circle the block for open spaces, then rush to pull in before another driver and rummage around for change to feed the meter. Smart parking eliminates “that hunting activity, going around and around the block to try and find a spot right next to where you’re headed,” says Dan Mitchell, senior transportation engineer in Los Angeles, which introduced the LA Express Park system for the downtown area in May.

Like similar systems, Los Angeles uses a combination of technology and pricing. The system notifies motorists where parking is available by using embedded sensors on city streets and parking lots. Motorists can access the information through their smart phones and receive audible guidance — “parking to your right” — to open spots.

Another component is demand-based pricing. In Los Angeles, sensors tell officials where downtown parking is most congested. Rates are adjusted periodically, with higher rates in more congested areas and lower rates in less congested areas. This gives drivers a choice: Pay more and walk less, or pay less and walk an extra block or two.

“That’s what we’re trying do, give people better information and give them choices,” Mitchell says. “Before, it didn’t matter where in an area you parked, all the parking was the same price. Now you can see that a block away it’s a different price, and two blocks away it’s yet another price.”

San Francisco features the largest application of smart parking. The SFpark system includes 7,000 on-street spaces and 12,250 garage spaces. Pricing is based on demand, location, time of day and day of the week, with prices ranging from $6 an hour to as low as 25 cents. The system received the 2012 Sustainable Transport Award from the Institute for Transportation and Development Policy.

In Austin, a free iPhone app directs drivers to available parking downtown, using colored “heat maps.” The maps show drivers how difficult parking is in specific areas at a given time.

In Pittsburgh, an experimental system introduced last year counts open parking spaces in downtown lots. It also predicts which lots will have a free space by the time a driver gets there.

Smart parking has a simple goal, Mitchell says. “The benefits are parking that’s easier to find and easier to pay for.”