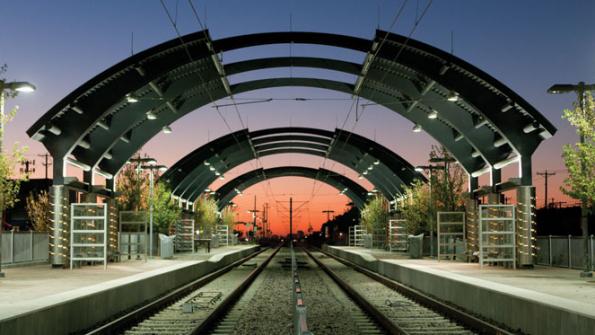 Creativity pays off for communities seeking to repair or build infrastructure

It sounds like a risky proposition: Go to skeptical voters in a down economy and ask them to approve a tax increase to pay for infrastructure improvements. But that’s just what some local governments are doing — and it’s working.

That is among the findings of “Infrastructure 2012: Spotlight on Leadership,” a report from the Washington-based Urban Land Institute (ULI) and the financial consulting firm Ernst & Young. The report reveals that local governments are using ballot initiatives, bond issues, user/toll fees and other “on-their-own” strategies to make up for fading federal funding for infrastructure.

Transportation ballot initiatives have been successful in several localities. From 2008 through 2011, ballots allocating funds to transit capital or operations had a 73 percent success rate.

That includes ballot measures in Charlotte, N.C.; Dallas; Phoenix; and St. Louis. Voters in those cities approved sales tax increases to fund various transit improvements. “People are more likely to invest in their own local economies than we might think,” says Rachel MacCleery, ULI vice president for infrastructure and one of the authors of the report.

Communities have tapped into that sense of self-interest to push infrastructure improvements. “It comes down to leadership,” MacCleery says. “Places that want to invest in infrastructure, they often have strong leaders that are really making the case. Mayors, city council people, chamber of commerce, all are talking about the importance of infrastructure and investment in the future of communities.”

Case in point: Durham County, N.C. In June 2011, Durham County commissioners scheduled a referendum on a half-cent sales tax to help fund a regional transit system. The system would span the Research Triangle of Durham, Wake and Orange counties.

The ballot measure was supported by Durham officials, including Mayor Bill Bell, and received endorsements from several of the county’s major political action groups, including an unexpected endorsement from the Friends of Durham, a conservative group that traditionally has opposed tax increases. The result: the November 2011 referendum passed with 60 percent approval.

But Durham’s success also points to one of the challenges — coordinating across different jurisdictions — that communities often face in making infrastructure improvements. Officials in Wake and Orange counties, still negotiating over revenue and transit routes, have yet to schedule referendums to help fund the new system.

Other communities are focusing on different infrastructure improvements. To pay for upgrades to parks and open space, Oklahoma City officials bundled the projects into a series of ballot initiatives called the Metropolitan Area Projects (MAP). Voters approved the third measure, a one-cent sales tax increase, in December 2009. The MAP plans include a grand central park, new bicycling trails and other improvements.

Another solution for infrastructure improvements, MacCleery says, is simply to make new or existing infrastructure more efficient. In San Francisco, a technologically advanced parking system uses embedded roadway sensors to track available parking spaces and transmit that information wirelessly. Drivers can check for available spaces by smartphone or text message, then pay for parking by credit card or phone. “Municipalities increasingly will be looking at new ways of using both technology and pricing to operate and fund infrastructure,” MacCleery says.