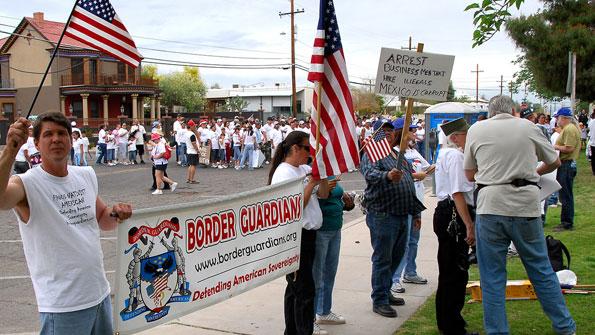 But some states still take a tough stance

Immigration enforcement continues to be a hot issue in state legislatures, but not as much as in previous years. The number of immigration-related bills introduced in 2012 has dropped significantly from last year, according to a report from the National Conference of State Legislatures (NCSL).

The report looks at legislation introduced from January 1 through March 31. During that period, NCSL says, 865 bills and resolutions relating to immigrants and refugees were introduced in 45 state legislatures and the District of Columbia. That is 673 fewer ­– a 44 percent decrease – than the first quarter of 2011, when 1,538 bills were introduced.

Still, some states continue to take a tough stance on immigration. Five states in 2012 introduced omnibus immigration bills with provisions similar to an Arizona law challenged by the Obama administration and awaiting a ruling by the U.S. Supreme Court. Those states include Kansas, Mississippi, Missouri, Rhode Island and West Virginia. The measures in Mississippi and West Virginia failed.

Also, earlier this month Alabama Gov. Robert Bentley signed a new immigration enforcement law that expands on the law the state passed last year that was considered the toughest in the nation. The law retains provisions from the earlier measure that were blocked by a federal court.