The country's largest cities are still adding parks, and almost half of their primary park and recreation agencies report receiving more than 1 million visits in the past year.

The country’s largest cities are still adding parks, and almost half of their primary park and recreation agencies report receiving more than 1 million visits in the past year.

The Trust for Public Land (TPL) has released 2011 City Parks Facts, which provides information such as spending, acreage, employment and visitation for the nation’s 100 largest cities by population. Those cities added 120 parks in the past year, bringing the total number of parks to 22,493 and acreage within city limits to more than 1.5 million.

“Urban parks are more important than ever as cities grow larger and denser,” said Will Rogers, TPL president in a press release. “Though budgets are tight everywhere, urban parks have consistently proven to be a wise investment, helping to improve health, increase environmental quality and sustain property values.” 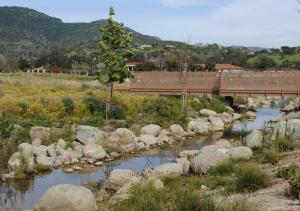 Total fiscal year 2009 spending was $61 billion for the 92 cities that provided information. Operational spending fell slightly by 0.6 percent, and the number of full-time employees dropped 3.9 percent. Washington, D.C., topped the list of FY 2009 total spending per resident at $375, compared to the median $84. It also came in No. 1 for both operational spending per resident at $231 and capital spending at $144. TPL notes that was due, in part, to stimulus funding, with the National Park Service spending $56.3 million in the city versus $4 million in FY 2008.

When calculating the number of park acres as a percentage of land area, New York narrowly edged out Washington, D.C., in the “high population density” group with 19.5 percent, compared to 19 percent. San Francisco rounded out the top three at 18 percent. Overall, Anchorage had the highest percentage of park acres at nearly 40 percent. The Alaska city also has the highest acreage per 1,000 residents at 1,753 acres, followed by Chesapeake, Va., at 252 acres.

Phoenix, however, has the largest park owned by a municipality within city limits; its South Mountain Preserve boasts 16,094 acres. In comparison, New York’s Central Park is comprised of 843 acres. The New York City park was most popular with visitors, hosting 35 million park-goers. The second closest was Lincoln Park in Chicago with 20 million visitors. Eight other New York City parks made the 100 most-visited list.