As Veterans Day approaches, some reasons to contract with veteran-owned businesses and some help for veteran entrepreneurs

There are a couple of reasons why governments should offer more support to veterans who choose entrepreneurship upon their return to civilian life, says Don Gonneville, owner of Gonneville Inc., a certified Service-Disabled Veteran-Owned Business Enterprise. 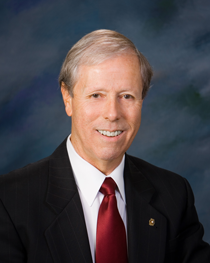 There are a couple of reasons why governments should offer more support to veterans who choose entrepreneurship upon their return to civilian life, says Don Gonneville, owner of San Juan Capistrano, Calif.-based Gonneville Inc., a certified Service-Disabled Veteran-Owned Business Enterprise (SDVOB) and a small business that distributes generators, light towers and wet abrasive blast systems to the federal government.

The first reason, Gonneville told Govpro.com, involves leveling the playing field. “By volunteering for military service, veterans have put their civilian lives on hold for a period of time in order to serve their country,” Gonneville says. “While these veterans were dedicating their lives to their country, their competitors had the opportunity to create and grow their businesses, positioning them to better serve their chosen markets. This is a good thing, of course, because small businesses are the engine of America.

“There should be, however, an opportunity for the veteran entrepreneur to improve the odds of success and to avoid the pitfalls that lead to failure. Training, mentoring, counseling, access to capital, teaming opportunities and contracting opportunities are but a few of the ways in which governments and private enterprise could assist emerging veteran-owned firms.”

The second and equally important reason, says Gonneville, involves the financial well-being of the individual and the cumulative effect that it has on society as a whole. “A successful veteran entrepreneur provides for his family without the need for government assistance. Additionally, this veteran, in turn, hires employees, who will be paying taxes and will provide for their families. As this cycle continues, everyone benefits from a sound investment that we make to assist qualified veterans in making the transition from military to civilian life.”

Increased support for vets could help solve the current technical skills shortage, adds Gonneville, “It is a fact that companies are finding it difficult to source, hire and retain skilled, technically qualified employees, in spite of the widespread unemployment. A public/private program to provide effective technical training to returning veterans could help to alleviate this situation. Such programs undoubtedly exist and should be looked upon as a basis for expanding opportunities.”

For veterans, landing government business does not happen overnight, says Gonneville. “It’s important to understand that government contracting is generally a long process, sometimes taking years before receiving significant contracts. According to American Express OPEN’s survey of government contractors, it took active contractors nearly two years to win their first federal contract. Going after smaller contracts on a local basis is a good way to start, building on success after success on a limited basis. Teaming with or selling to government prime contractors is another way to get started.”

Veterans should consider enrolling in the Rockville, Md.-based Veteran Institute for Procurement (VIP), which is a non-profit program that trains veteran-owned small business executives to succeed in federal contracting.

The institute plays a role in helping veteran entrepreneurs as they return to the civilian work world, Barbara Ashe told Govpro.com. Ashe is national director of VIP. “The institute fills the gap between early stage startup, and large and small businesses, by focusing on the intermediate small business where much capacity exists and where jobs can be quickly added. With the VIP program, the sky is the limit for these heroes turned business leaders.”

A recent survey of 30 of the earliest VIP graduates found that they:
— Created 570 new jobs; and
— 85 percent of the grads credited VIP with equipping them to make recent business decisions and avoid unforeseen business hazards.

Also in the news as Veterans Day approaches on Friday, Nov. 11, the Obama administration has announced a number of initiatives to help former military personnel as they enter the work force.

One new program is the Veterans Job Bank online service that connects unemployed veterans to job openings with companies that want to hire them. The federal government partnered with job search companies on the service. It enables employers to “tag” job postings for veterans. The site launched with about 500,000 job listings. Officials expect that the number of listings will grow as more companies tag the job postings on their own websites and add them to the jobs database.

To read more Govpro.com items on this topic, go to Govpro.com and enter “veteran-owned” or “veterans” in the search box.