Survey: Half of Americans feel unsafe

Half of Americans feel they are less safe today than they were before the Sept. 11, 2001, terrorist attacks in New York and Washington, according to a survey from Federal Signal Corp. 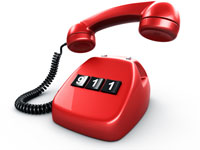 Half of Americans feel they are less safe today than they were before the Sept. 11, 2001, terrorist attacks in New York and Washington, according to a survey from Oak Brook, Ill.-based public safety communications equipment and systems manufacturer Federal Signal Corp. Federal Signal’s 2011 Public Safety Survey regarding Americans’ public safety concerns 10 years after the attacks also found that 90 percent of Americans believe that community public emergency awareness and/or communication needs improvement.

The survey, the results of which were released on Aug. 30, polled 2,153 adults across the United States. It found that 34 percent of Americans feel that public safety is a not a priority in their community. Also, almost four out of 10 consider their city or town slightly to completely unprepared in the event of an emergency, including unexpected emergency risks such as natural disasters, terrorism and health pandemics. “This survey speaks volumes to perceptions about the current state of public safety awareness and emergency preparedness, and reminds us solutions must come from year-round, community-wide engagement and action,” said Joe Wilson, president of Federal Signal’s Safety and Security Systems Group, in a statement. “While two-thirds of Americans feel public safety is a priority in their communities, we can’t be satisfied until we have the entire population positively expressing this sentiment.”

Other findings of the survey include:

• More than four in 10 Americans feel that public safety planning is not a priority to their employers. When asked where they felt safest, only 4 percent of respondents said at work. However, respondents who live in smaller cities said their employers prioritize safety much higher (73 percent) than those who live in a rural area (48 percent).
• When citing recent natural disasters, such as the earthquakes, tsunamis, tornadoes, hurricanes and floods that occurred in 2011, 52 percent of Americans indicated that attention to emergency preparedness has not increased. Of those respondents, 90 percent between the ages of 18 and 24 believe attention to emergency preparedness has not increased, and those who live in cities believe that attention has increased more than those who live in suburban or rural areas.
• Public safety awareness has not improved for almost half of Americans, with 46 percent reporting they maintain the same or a lesser level of awareness as compared to a year ago. Twenty-two percent claimed that nothing would make an effective impact to increasing public safety awareness.
• Fifty-seven percent of survey respondents would use multiple forms of communication, including text messaging, social media and email, if no landline or cell phone voice communications were available in the event of an emergency.
Federal Signal commissioned Washington-based Zogby International to conduct the online survey. All surveys were completed July 29 through Aug. 1, 2011.