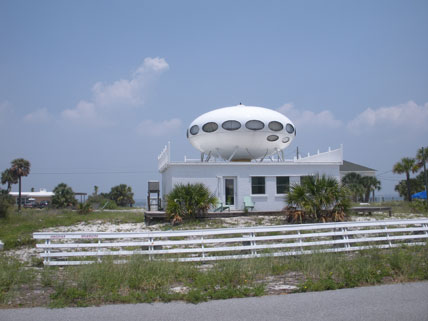 Eloise Pennington, warehouse coordinator for Fort Myers, Fla., took this photo of an usual beach home on Pensacola Beach, Fla. The UFO house is actually one of several made by a Finnish company called Oy Polykem ab in the early 1970s, according to RoadsideAmerica.com. The fiberglass “Futuro”houses have a single bedroom, bathroom, U-shaped kitchen area, separate dining area, a curved 23-ft. couch and a central fireplace that doubled as a grill.