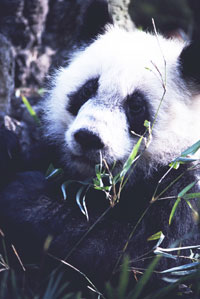 While it may be unclear which is the greater threat, rampaging zombies or rogue pandas, officials in Flagstaff, Ariz., want to reassure the public that at least the latter does not exist in the city, despite the warnings flashed on an electronic street sign this week. They did not make a statement on the possibility of zombies, however.

On Monday, pranksters hacked an electronic road sign and programmed it to display the message, “Rogue panda on rampage,” according to the Associated Press. The Arizona Department of Transportation-controlled sign had been set up to warn drivers not to make left turns at a busy intersection.

A passer-by reported the hacked sign to police at about 3 a.m. Monday, and it was restored to its original message by 11 a.m., Transportation Department spokeswoman Mackenzie Nuno told the media. Nuno said the agency has no suspects, but she noted the hackers would have needed specialized equipment to change the sign.

Similar incidents occurred in February 2009, when hackers reprogrammed signs in Austin, Texas, to say “Zombies in area! Run!” That same year, somebody in Indiana programmed a sign to display “Raptors ahead — caution!”