Public transit systems are cutting services and increasing fares on top of cuts and increases enacted during the past budget cycle, according to a new study released by the American Public Transportation Association. 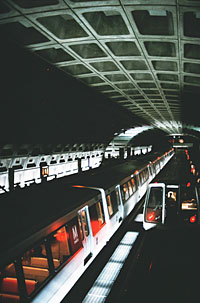 Public transit systems are cutting services and increasing fares on top of cuts and increases enacted during the past budget cycle, according to a new study released by the Washington-based American Public Transportation Association (APTA). The top causes of stress in operating budgets among public transit systems, according to APTA’s “Impacts of the Recession on Public Transportation Agencies,” were reductions in local, regional and state funding, as well as increasing fuel prices.

Nearly 80 percent of public transit systems already have implemented fare increases or service cuts this year, or are considering them for the future, because of flat or decreased local and/or regional funding, according to the report. Also, 71 percent of responding agencies saw flat or decreased local and/or regional funding, and 83 percent saw flat or decreased state funding. These decreases are on top of an already stagnant funding situation in 2010. “Public transportation systems are currently experiencing decreases in their funding during a time when many are serving increased number of riders,” said APTA President William Millar in a statement. “Systems are forced to continue to freeze positions and lay off workers, which makes providing necessary transit service even more difficult.”

Larger agencies particularly have faced challenges because of the lack of state, local and regional funding. Sixty-three percent of larger agencies implemented or approved hiring freezes, up from 54 percent in 2010. Also, 75 percent reduced the number of positions, and 46 percent reported implementing or approving layoffs. In addition, 85 percent of transit agencies have seen flat or decreased capital funding, resulting in 31 percent delaying vehicle acquisitions and 20 percent delaying capital maintenance.

APTA says the phasing out of the federal government’s American Reinvestment and Recovery Act, which provided a needed boost for state and local infrastructure projects, has increased stress on state and local budgets. However, the U.S. House Transportation and Infrastructure Committee recently proposed an additional 37 percent cut in federal funding for public transportation and all surface transportation programs, according to APTA. “With the challenges on the state and local level, this is a time for increased federal investment in public transportation to help with job creation and stimulating the economy,” Millar said. “If the House proposal is implemented, it will have a chilling effect on our country’s ability to create jobs and provide access to jobs necessary to move the economy forward.”

Download the “Impacts of the Recession on Public Transportation Agencies.”