Because of lean times, Transportation departments in the 50 states are turning to innovation and technology to cut spending and improve efficiency. 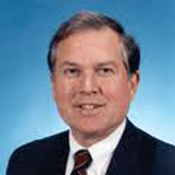 Transportation departments in the 50 states are facing some lean times because of decreases in government spending for all modes of transportation. In addition, DOTs are major consumers of diesel for snowplowing and other operations.

While fuel prices have come down, they are still quite high. It is this one-two punch of lower budgets and higher fuel costs that has state DOTs turning to innovation and technology to cut spending and improve efficiency.

In transportation, governments already lead the way in promoting product innovation in highway paving and other areas.

“Many state departments of transportation are turning to technology and environmentally sensitive solutions to cut fuel consumption, improve efficiency and save money,” said John Horsley, executive director of the Washington-based American Association of State Highway and Transportation Officials (AASHTO). “State DOTs are facing some of the steepest revenue declines in decades. Without these innovative solutions, the impact on the condition and performance of our roads and bridges would be even greater.”

AASHTO is a nonprofit, nonpartisan association that represents state departments of transportation, the District of Columbia and Puerto Rico. Membership to AASHTO is on an agency basis.

State transportation departments in Arizona and Indiana offer some examples of cost-saving innovations. The Indiana Department of Transportation (INDOT) is converting 527 of its work trucks and vans to run on cleaner-burning domestic propane. The program is being funded in part through a Recovery Act grant from the state Office of Energy Development and Greater Indiana Clean Cities, which is part of the U.S. Department of Energy’s Clean Cities program.

INDOT says the retrofitted vehicles have the same power, acceleration and fuel economy as their gasoline- and diesel-powered counterparts, but propane costs less than half as much per gallon as gasoline. INDOT estimates that it will replace 500,000 gallons of unleaded gas with propane in the fiscal year beginning July 1, as the new vehicles and infrastructure to support them come online.

“Indiana is expecting to save more than $1 million in taxpayer funds over the coming year as we make this transition,” said INDOT Chief Operations Officer Troy Woodruff. “The investments we are making today will continue to pay dividends as the market prices for domestic propane are expected to be favorable compared to gasoline well into the future.”

INDOT’s fleet of vehicles will be refueled at 115 INDOT facilities that together make up the largest statewide propane-fueling network in the United States. Propone is a byproduct of natural gas processing and crude oil refining; about 90 percent comes from domestic sources. Propane is the third largest motor fuel behind gasoline and diesel, but generates 75 to 90 percent less carbon monoxide, ozone and hydrocarbon emissions.

INDOT also is purchasing 19 new snowplow trucks that will run on compressed natural gas. The trucks initially will be used in the Indianapolis area, where commercial fueling sites are available.

The Arizona Department of Transportation (ADOT) is testing a new solar-powered system to eliminate the need to keep its vehicles idling while parked near traffic. The new technology allows emergency lighting mounted on work trucks to remain illuminated even when the engine is turned off. Currently, ADOT construction staff is field-testing 37 trucks equipped with the new solar technology.

“Exploring innovations like solar-powered safety lighting on construction vehicles taps one of Arizona’s best natural resources — abundant sunshine ‑— and allows the department to reduce fuel and maintenance costs for these trucks,” said John Halikowski, ADOT director. “This is an effort with environmental, cost-savings and stewardship benefits. It demonstrates our efforts to find new solutions for age-old challenges.”

ADOT also is participating in a program to cut the department’s annual travel by 15 percent by encouraging employees to use videoconferencing and by implementing alternative work schedules to cut the total number of days employees spend traveling to and from construction sites throughout the state.