Fleets: An expert weighs in on White House fleet order 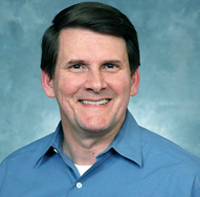 President Obama’s recent announcement directing managers of federal fleets to buy 100-percent alternative fuel, hybrid or electric vehicles by 2015 continues to generate comments beyond those in our recent Govpro post.

One expert on fleets who is skeptical is Paul Lauria, president of Gaithersburg, Md.-based Mercury Associates, a fleet management consulting firm. “It’s an admirable goal, but one that I think will be difficult to achieve in the short term, certainly in a four-year period, if for no other reason than a lot of the types of vehicles that government agencies use are not available as alternative fuel vehicles (AFVs).

Lauria told Govpro.com that there is a range of passenger vehicle models available for federal agencies, particularly when one includes hybrid electrics in the mix. “If you are talking about CNG-fueled- or electric vehicles, however, the selection is far-far more limited in business applications of some of those vehicles.”

The federal government has lots of heavy trucks and off-road equipment in its fleets, said Lauria, and there is a very limited selection of AFVs available in those classes for federal fleet managers to choose from. “I think that the biggest practical ramification of what the president is proposing is that it’s going to result in more costly fleets, at least in the short term,” Lauria told Govpro.com.

Tight budgets may crimp governors’ efforts to add more AFVs to their state fleets, Lauria said. “Given the precarious condition of a lot of states’ finances over the last three years and potentially for the next three years or more in some cases, it‘s hard for me to see how some state governments are going to be able to significantly increase their investments in newer technology. Typically what happens in a recession is that organizations, both in the public and private sector, curtail their replacement of vehicles, so one of the things we are seeing coming out of this recession is large backlogs of replacement needs.

“When you look at the price premiums for buying AFVs and the aging of state government fleets, I think there is conflict there in the sense that states are going to have to put new vehicles into service to get the job done, and they may not be in a position to pay a 20- or 30-percent price premium to do that.”

Elected office holders are interested in buying green vehicles for public fleets, Lauria said . “But at the end of the day, you have to square the ambitions and the long-term strategic vision of elected officials with the short-term practical realities of making government function and provide the services that taxpayers expect government to provide.”