This is a family jail! 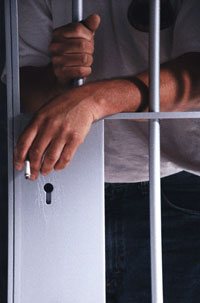 It may be a jail, but officials with the New York Department of Corrections want their main detention facility, Rikers Island, to be the kind of place where you can bring your kids. So, as part of an updated dress code intended to maintain a “family friendly” environment, skimpily dressed visitors to the jail are allowed to see inmates only if they agree to cover up with an oversized, baggy, green t-shirt first, according to Reuters news service.

The Department of Corrections has purchased about 750 t-shirts in a distinctive, easy-to-track shade of bright green, and size XXL, large enough to be shapeless on all but the heaviest frames. “We are trying to keep this a G-rated experience,” Sharman Stein, a spokeswoman for the department, told Reuters in June. “If a visitor is dressed provocatively, it could potentially spark a chain of events among inmates.” Those events could include anything from risqué comments to bursts of anger and even violence, according to Reuters.

Under the dress code, visitors’ clothes must not expose the chest, stomach or back. Hemlines must be no more than three inches above the knee. Spandex leggings and swimsuits are discouraged, as are transparent clothes. Hat or head coverings may be worn only if a visitor’s religion demands it. Wearing too much clothing, which might be used to conceal contraband, also violates the new dress code.

The t-shirts actually are a compromise. Previously, visitors who fell short of the code would simply be denied their visit.