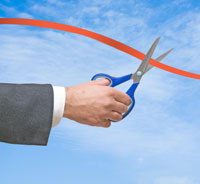 On March 30, President Barack Obama issued a directive calling for the Department of Homeland Security (DHS) to develop a new national preparedness goal that enhances collaborations across state, local, tribal and territorial governments, as well as the private and nonprofit sectors and the public. The directive is an attempt to change the current “one-size-fits-all” federal approach to disaster management.

DHS has until September 2011 to submit a new national preparedness goal that identifies the core capabilities needed for preparedness — technical, logistical and personnel resources — and a system for achieving that goal. In preparing the goal, the directive requires DHS to consult with state, local, tribal and territorial governments, the private sector, nonprofits and the public. Also, DHS will submit to the president the first annual national preparedness report next March.

State and local emergency management officials welcomed news of the directive. Many state and local officials had complained about having to refer to the federal government’s National Planning Scenarios, a set of possible disasters, to determine the response capabilities that state and local emergency responders needed to have, says Paul Maniscalco, a George Washington University Homeland Security Policy Institute senior research scientist and a retired New York City Fire Department deputy chief/paramedic. But, those scenarios do not always fit the kind of disasters most common for a particular region of the country, Maniscalco says. “Preparing south Florida for ice storms is meaningless since the likelihood of them having an ice storm is remote,” he says. “So, when planners have finite strategies that say if you want federal support and you want to go in for federal grants, these are the scenarios you want to look at, that only works in some communities.”

To address inflexibility in disaster planning, the new directive calls for DHS to place a greater focus on state and local governments’ individual capabilities instead of a one-size-fits-all approach to disaster preparedness, says Brian Kamoie, senior director for preparedness policy on the White House National Security Staff. “Rather than rigid approaches that apply only in certain scenarios, if specific assumptions come true, a focus on capabilities will enable integrated, flexible and agile all-hazards efforts tailored to what we know are unique circumstances of any given threat, hazard or actual event,” Kamoie said during a speech at George Washington University’s Homeland Security Policy Institute on April 8.

Besides moving away from inflexible standards, DHS is reviewing guidance documents and plans to streamline them as much as possible. “We recognize at the local level, especially, that the same person who has to develop the plan, the documents and the grant application packages that we call for is the same person who has to respond to the next fire or heart attack,” Kamoie says. “And so, we want to move away from really burdensome requirements.”

The new federal policy is a good start, says Trina Sheets, executive director of the Lexington, Ky.-based National Emergency Management Association. “The hope is that this directive produces better integrated planning between the local, state and federal governments, as well as the private sector,” Sheets says. “A more integrated approach to planning obviously leads to a more seamless response when disasters occur.”