With home construction near a standstill, the Palm Bay, Fla., Public Works Department has gone in just a few years from being overwhelmed with permits and fee assessments to handling just a smattering of residential reviews. As a result, reduced revenues have forced cuts in the department’s budget. 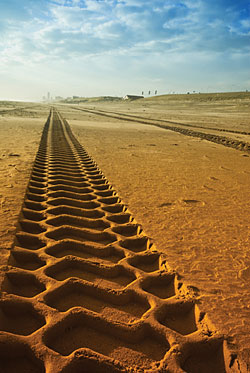 Still, the streets need to be maintained, the stormwater treatment facilities renovated and the park trails kept free of litter, says Susan Hann, Palm Bay deputy city manager, who also directs the public works operations. “We have to be creative and innovative in serving the public,” she says. “Public works does a good job with the resources given by the government. It’s the nature of our profession.”

Across the nation, public works departments are struggling to keep up with aging infrastructure and a demanding public as resources become ever more scarce amid rising long-term obligations and immediate budget shortfalls. Using new technologies, flexible working environments and the enthusiasm of volunteers, public works departments are finding ways to deliver core services, while raising concerns that deferred maintenance on aging infrastructure will haunt cities, towns and counties for years to come — at much higher cost.

“We’re not out of the woods at all with regard to the economic impact of deferrals,” says Peter King, executive director of the Kansas City, Mo.-based American Public Works Association. “The disrepair grows. Reconstruction is more expensive than maintenance. Altogether, it’s pretty grim out there.”

Cities around the country are responding to the challenge in a variety of ways. In a reorganization seen in a number of communities, Portland, Maine, three years ago combined public works, parks and recreation, and the golf course into a unified public services department, says Michael Bobinsky, director of public services. As a result of savings and efficiencies, the department has reduced its ranks from 245 to about 200, he says.

“These challenges go beyond the last couple of years. It’s been a decade of infrastructure management,” he says. “There are a variety of things — the economy, providing basic services and new regulations. The job is even more challenging than in the past. It’s difficult to consistently maintain what we have. We’ve had to learn how to work in a time of constraints.”

Bobinsky says his department has taken a number of initiatives to continue to provide services and meet federal mandates for infrastructure improvements, especially for stormwater management. For example, the city floated a $62 million sewer bond in 2006 and has since worked closely with water quality advocates to show progress so they know the city is serious about meeting its obligations. “No one wants to be sued,” he says, referring to a consent decree on compliance with federal regulations.

The city also has relied on volunteers to keep parks and roads free of litter and graffiti, and it has broken down “silos” within the city’s departments to maintain service levels that taxpayers expect. “It takes creative thinking and smart management,” he says. “How do we do more with less? We can’t throw in the towel and say we can’t get things done.”

Still, he is worried about the maintenance of basic sewer and water lines. “There is a lot of work underground, and it’s out of sight, out of mind,” he says. “But it relates to the quality of living and economic development. If you don’t have a good infrastructure, the city can fall apart as well. The funding issue is a challenge. There’s no easy answer.”

Still, the city has had to cut back general fund capital expenditures. Fortunately, the public works department still is working to complete the transportation projects that were funded during the real estate boom. “But if the economy doesn’t rebound, we’ll run out of resources,” she says.

While many communities have seen huge cuts in their funding, other parts of the country have suffered less, because their revenue sources were less dependent on sectors that were hit hardest by the economic collapse, their infrastructure was put in place more recently or their financial management was more conservative. Good fortune, though, has not precluded the efforts of public works leaders to innovate.

Sidebar: Tough now, more of the same to follow

South Jordan, Utah, has saved $500,000 just by imposing a new policy that workers on the road shut down their vehicles rather than allowing them to idle while they are inspecting and managing, says Director of Public Works Donald Bruey. The city also has saved $26,000 in snow removal costs by changing the mix of salt and chemicals. And, now, all of the city water meters are automated, so that a single car can take readings in one day. “There is definitely heightened awareness of the need to save money,” Bruey says. “We talk a lot about the ‘new normal’ and the need to really put our heads together. There’s more brainstorming on how to implement projects.”

For example, South Jordan implemented a new safety program that has drastically reduced the damage to vehicles. “Our insurance was really impacted,” he says. “We had the smallest increase because the public safety program was so good.”

The city has not had to lay off any workers, but it has not given them raises in two years. “We’ve tried to break down the silos and have staff work together in a way they haven’t worked before,” Bruey says. “It’s boosted morale by getting the right talent on the problem.”

Golden, Colo., has imposed a “soft” hiring freeze, allowing the replacement of only essential employees, and a pay freeze. Still, city leaders believe that now is not the time to cut back on training, says Dan Hartman, director of public works. “When times are tough, we have got to get better,” he says. “We’ve even allowed out-of-state travel.”

Part of the “getting better” has been a conversion to a wireless system that works directly with the work management system. “We’ve gotten the paper out of the system,” he says. “We’ve worked hard to increase our efficiency.”

Golden also is trying to gain community acceptance of the new system that allows residents to report potholes and broken sidewalks from their home computers. “We want them to embrace the system so they become our allies,” he says. Initially, inspectors thought their workload would rise, he says, but it has saved them time. “It’s actually picked up some of the inspection work from them,” Hartman says.

The city also has benefitted from a one-cent sales tax increase in 1991, which goes to capital maintenance and improvements. “It’s dedicated money for infrastructure — streets, curbs, gutters sidewalks,” he says. “It’s been helpful.”

In Overland Park, Kan., a suburb of Kansas City, the city has seen “a modest manpower reduction” of 5 percent of full-time slots and 25 percent of part-time staffing, says Doug Brown, director of public works. The city also has imposed cuts in its budgets for capital improvement and infrastructure maintenance, he says. “You don’t notice the effect immediately, and you won’t notice until it severely deteriorates when it costs a lot more to fix,” he says. “It’s ‘pay me now, or pay me later.’ We want to avoid the expense that we would incur by not taking care of infrastructure properly.”

The city has devoted additional funds to street maintenance, which is particularly noticeable to motorists, Brown says. “It’s not something that we can sweep under the rug and not talk about it,” he says. “Postponing maintenance is not something that can be sustained. We work with our elected officials to maintain our infrastructure. The city is able to fund it better than most.”

At the same time, the department has made substantial changes to maintain operations with fewer people and diminished resources, he says. For example, the city has had above normal snow for the last two years, at the same time that the department lost eight snowplow drivers. So, now more office personnel drive the trucks.

While some cities have found economies by outsourcing projects, Overland Park is saving $300,000 to $400,000 a year by sealing cracks in the streets with its own personnel. The savings come because the previous contractor was paid by the amount of asphalt that was being used. In addition, all road improvements are now designed in-house. “It’s a struggle to get it all done,” Brown admits.

One revenue source that has been helpful is a small infrastructure assessment ($0.00125) that was approved initially 10 years ago and then renewed five years ago, with a higher percentage of voters than the first ballot measure. The city has used those funds to receive state and federal matching grants, he says. “We’ve been able to fund projects with other people’s money,” he says.

Going forward, Brown is hopeful that the appointment of a new city manager with an engineering degree will help public works make its case about the need for improvements. At the same time, he understands that the city manager will take a critical eye to the operation of the department. “It’s a two-edge sword,” he says.

King sees hopeful signs in all of these innovation efforts and the ability of the public works directors to stretch resources. He also points to new partnerships between public works and the private sector, matching the need of local communities with the capital resources, profit incentives and innovation of private enterprise. “But that will take time to develop,” he says. “It’s not going to turn on a dime.”

In the meantime, the need to maintain the infrastructure, plow snow and keep parks clean does not diminish — in fact, it continues to grow. “If a water main breaks, you’ve got to deal with those,” King says. “Certain things have got to get done.”