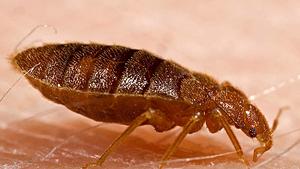 Aside from understanding bedbug preferences and the spaces they like to inhabit, there is a valuable benefit in understanding their physical makeup, as well. The following is the second in a three-part series on bedbugs and how to defend against them in government facilities.

Editor’s note: The following is the second of a three-part series on bedbugs and how to defend facilities against them. Ed Dolshun, Northwest U.S. and Canada regional sales manager for Brooklyn, N.Y.-based Atlantic Paste and Glue, Professional Pest Control Products Division, wrote the series.

Aside from understanding bedbug preferences and the spaces they like to inhabit, there is a valuable benefit in understanding their physical makeup, as well.

Bedbugs have great difficulty climbing up smooth surfaces. Unlike some other pests that have suction-cup-like coverings on the bottom of their “feet,” bedbugs’ feet are more like grappling hooks, which entomologists call “tarsal claws” (see photo). Bedbugs can use the “hooks” to crawl over rough or textured surfaces to get almost anywhere. 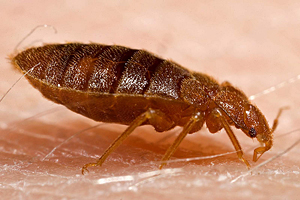 It has been theorized that the tarsal claws are evolutionary remnants from relatives of the bedbug, the bat bug. For thousands of years, bat bugs have had a close association with bat colonies, feeding off of the warm-blooded bats. Nature leaves no niche unexploited, so when the need for human shelter arose and our ancestors began to inhabit and share caves with bats, some of the insects began to take advantage of the new food source. The theory goes that bat bugs eventually became involved in targeting warm-blooded humans in caves instead of seeking out bats as a source of food and that evolution took over from there.

Ed Dolshun is the Northwest U.S. and Canada regional sales manager for Brooklyn, N.Y.-based Atlantic Paste and Glue, Professional Pest Control Products Division. He spent 17 years as an environmental specialist for the Bergen County, N.J., Division of Community Development, where he also served as administrator for a federally funded lead-based paint abatement program.

Check Government Product News throughout the year for descriptions of pest-fighting products. The Facilities and Parks & Recreation one-stops on Govpro.com have information on pest control products.