2011 promises to be a better year for equipment rental firms, and more of their business will be coming from government agencies. "Rental activity is increasing at all levels of government, whether on a federal, state or local level," says Chris Wehrman, CEO of the American Rental Association.

2011 promises to be a better year for equipment rental firms, and more of their business will be coming from government agencies. “Rental activity is increasing at all levels of government, whether on a federal, state or local level,” says Chris Wehrman, CEO of the Moline, Ill.-based American Rental Association (ARA). “Particularly with renewed focus on fiscal responsibility and wise use of tax dollars, these agencies and municipalities are seeing rental as a cost-effective solution to their equipment needs. Equipment rental is the practical solution.” 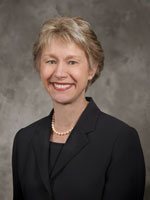 Wehrman told Govpro.com that renting often makes sense. “Whether it’s for road maintenance, parks and recreation, or meeting other constant needs of agencies, rental is a much better use of resources versus purchasing equipment. Purchased equipment is often underutilized and requires maintenance and storage. Rental provides the right equipment and tools for the right job without the overhead of ownership.”

The latest quarterly economic survey of ARA members shows a large majority of rental storeowners and managers — more than 80 percent — expect 2011 to be a much better year than 2010. More than 34 percent of ARA general members responding to the survey expect rental revenues to show double-digit increases in 2011 versus 2010, and another 46 percent expect at least single-digit increases this year.

The results show a growing optimism for a significant rebound in 2011 as only about half of the respondents said revenues increased in 2010 compared to 2009. Nearly 30 percent of the respondents had revenue declines in 2010, but only 4 percent expect a drop in revenue in 2011.

The spending expectations of general members also match up with the sales forecasts of ARA associate member equipment suppliers, as more than 83 percent of the associate member survey respondents expect increased sales into the rental channel, including 52 percent that expect double-digit sales increases.

Less than 20 percent of the associate member respondents said sales into the rental channel decreased in 2010, while only 1 percent of the respondents expect a decrease in 2011. “Clearly, ARA members are more optimistic about 2011 and have a positive mindset,” Wehrman said.