Camden, N.J., lost nearly half of its police force and firefighters on Tuesday in layoffs meant to balance the city's budget, which faces a $26.5 million deficit. 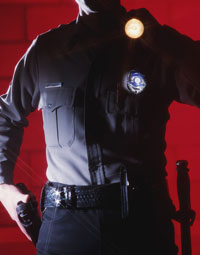 Camden, N.J., lost nearly half of its police force and firefighters on Tuesday in layoffs meant to balance the city’s budget, which faces a $26.5 million deficit. In a press conference Tuesday, Mayor Dana Redd called on the police and fire unions to “make meaningful concessions that will save and minimize layoffs.”

A total of 348 city employees, including 168 police and 67 fire personnel, lost their jobs, according to Redd’s spokesman Robert Corrales. The city had taken several steps to avoid the layoffs, including transitioning the city libraries to the Camden County Library system; changing the city’s solid waste collection to once a week for seven months and twice a week for five months; increasing licensing and permit fees; and implementing 26 mandatory furlough days for non-uniformed employees.

Laid-off firefighters walked eight blocks together from the police union hall to Fire Department headquarters, then lined up their helmets in front of the building, picked them back up and started to turn them in along with their other gear, according to an Associated Press (AP) report. “It’s one of the worst days in the history of Camden,” said Ken Chambers, president of the firefighters union.

Read the AP story and about the city’s attempts to balance its budget.