Report: States ahead of local governments in implementing virtualization

States are more likely than local governments to implement virtualization — the division of a server into several subsystems — and are happier with their chief information officers' proficiency with virtualization technology, according to CDW Government. 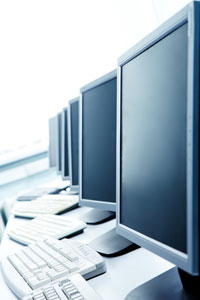 States are more likely than local governments to implement virtualization — the division of a server into several subsystems — and are happier with their chief information officers’ (CIOs) proficiency with virtualization technology, according to Vernon Hills, Ill.-based CDW Government (CDW-G). CDW-G’s comparison between state and local governments also found that they share many of the same difficulties when implementing virtualization.

CDW-G’s “2010 Government Virtualization Report,” released in July, found that 77 percent of agencies are implementing at least one form of virtualization, and of those, 89 percent are benefiting from the technology. Those benefits include reduced operating and capital costs, improved use of computing resources and greater IT staff productivity, respondents said.

In November, CDW-G compared state and local governments’ efforts in virtualization and compiled the following information: