Parks in a Cleveland suburb are becoming greener and potentially safer for visitors. In Middleburg Heights, Ohio, city crews and contractors are no longer using several kinds of chemicals at a variety of city green spaces.

Parks in a Cleveland suburb are becoming greener and potentially safer for visitors. In Middleburg Heights, Ohio, city crews and contractors are no longer using several kinds of chemicals at a variety of green spaces in the city. 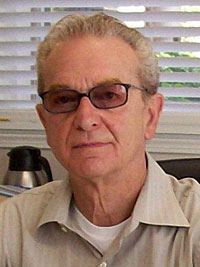 “We have stopped applying non-organic fertilizers and herbicides and pesticides to all the city’s baseball and soccer fields, and also to the large city park where there are children’s playgrounds,” said Service Director Frank Castelli.

“We do not apply any non-organic materials to those areas because of the background information that we received regarding the dangers posed by pesticides and herbicides, particularly to children, and the possibility that those pesticides, herbicides and insecticides cause cancer and other diseases,” Castelli told Govpro.com.

The city’s Ward 1 Councilman Matt Castelli, who is the service director’s son, became concerned about the effect of pesticides and other chemicals on children, and when he learned residents shared the same concerns, he took action. He and others from the city government met with the landscape division of the service department to discuss the use of environmentally friendly chemicals on green spaces.

Some of the changes in chemical applications began last spring, said Matt Castelli. “They had already started to do some things with the ball fields, but this year they started using only organic materials on the baseball and soccer fields and playgrounds,” Matt Castelli said. “All the way to grub control.”

Matt Castelli cited studies that show most of the 30 commonly used pesticides have risks for cancer, especially childhood leukemia, as well as birth defects, kidney or liver damage, hormonal disruption and other serious consequences. “It just makes sense to me, to not use them where children are playing. I’m doing that in my own yard. I want the kids to be able to roll in the grass and not worry about it.”

Frank Castelli, who has been Middleburg Heights’ service director for 23 years, recommends that other cities analyze their use of chemicals on parkland. “Get all the information you can,” he said. “It’s my belief that other communities would move in the same direction to keep the chemicals away from children and adults, also.”

Middleburg Heights’ officials got information from a variety of sources, including North Haven, Conn.-based Environment and Human Health, Inc. (EHHI), a nonprofit organization that aims to protect human health from environmental harms through research, education and the promotion of sound public policy. Doctors, public health professionals and policy experts staff the EHHI.

The parkland is none the worse for wear since the new policies were implemented, said Frank Castelli. “Ever since we stopped applying non-organic fertilizers and herbicides and pesticides, everything’s growing OK; we don’t need the chemicals in those areas.”