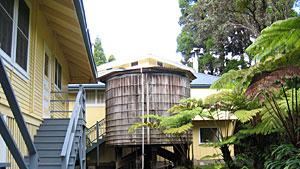 As water conservation has become a greater concern across the country, state and local governments have begun harvesting rainwater for use in their facilities and for irrigation. Many are encouraging residents to do the same.

As water conservation has become a greater concern across the country, state and local governments have begun harvesting rainwater for use in their facilities and for irrigation. Many are encouraging residents to do the same. 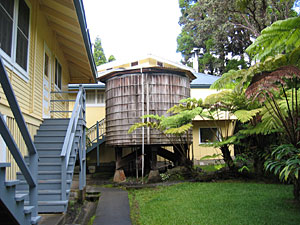 While collecting or harvesting rainwater has been a habitual practice for years in Colorado, it has been officially illegal because the state or other entity owns the water rights. That changed last year when the state passed two laws that allow a lot of people to collect rainwater legally. One of the new laws allows as many as a quarter-million residents with private wells to begin rainwater harvesting. The other law creates a pilot program for larger scale rain-catching.

Los Angeles, meanwhile, is encouraging residents to recycle rainwater to prevent runoff from polluting the ocean. “There are some excellent examples of state and local governments using rainwater collection,” said Trisha Macomber, a Cooperative Extension educator for the University of Hawaii and an instructor to rainwater catchment users.

“Seattle is a prime example,” Macomber told Govpro.com. “The city hall site catches 98 percent of all water that falls on the property, which they use for flushing, water features, irrigation and a green roof. Many other municipalities across the U.S. use rainwater; some of them have been using it continuously for well over 100 years. In the town of Volcano on the island of Hawaii, for example, you’ll see old redwood tanks behind the post office, general store, and some type of tank at every home. The national park in Volcano uses rainwater harvesting and also treats the water on site.

“My advice for state and local governments that are considering installing rainwater systems is to talk to administrators in places like Seattle and Melbourne, Australia, and other communities that have successful systems,” Macomber said. “Next, find an accredited professional to help with designs and ideas. The American Rainwater Catchment Systems Association (ARCSA) has many accredited and experienced professionals among its members who have done some amazing public projects across the U.S.”