Does it make sense for government managers to start work on an advanced degree? Professor Jeremy Plant thinks now is as good a time as any.

Does it make sense for government managers to start work on an advanced degree? Jeremy Plant, professor of public policy and administration and coordinator of Graduate Programs in Public Administration at the School of Public Affairs at Penn State Harrisburg, thinks now is as good a time as any. 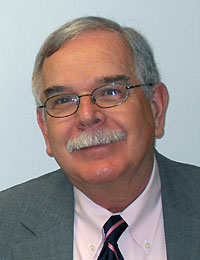 “The answer is yes, because many in the work force are retiring. The current economic climate has slowed that down, but the departure of the baby boomers is an inevitable event,” Plant said.

Looming retirements will open up new jobs in the public-sector work force. “The federal government expects to hire as many as 273,000 new workers through 2012 to replace retiring baby boomers, according to the Washington-based Partnership for Public Service. State and local governments are facing similar challenges in an increasingly competitive labor market,” Plant said.

An advanced degree may offer job security, Plant said. “This is a fairly tight year for government budgets, so there is increased interest in people who have better credentials. These individuals are more likely to remain in their jobs in this economy.”

An especially powerful professional combination is an MPA with a concentration in homeland security, a field that is experiencing continuing job growth, Plant added.