The 74 member-companies of the Outdoor Power Equipment Institute (OPEI) are working to find the most efficient fuel mixes for their products. OPEI, a trade group based in Alexandria, Va., represents the $15 billion landscape, forestry, utility, and lawn and garden equipment manufacturing industry. Its members produce a wide variety of equipment, including ATVs, snowmobiles, lawn and garden gear, snow removal equipment, utility vehicles, hand-held gear, walk-behind and riding equipment, and both consumer and commercial non-agriculture outdoor power equipment. 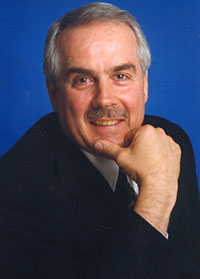 “Ours is a regulated industry,” said Bill Harley, president and CEO of OPEI. “Outdoor power equipment emissions have been regulated since the 1990s, and the equipment today is 90 percent cleaner than it was back in the 1990s.”

Harley told GovPro.com, “We are on our third iteration of emissions regulations, what’s called Tier 3, and it’s being phased in right now, this year. Our member’s equipment meets and exceeds those requirements, and has since the U.S. Environmental Protection Agency (EPA) began regulating.

“Historically, it has been the exhaust emissions that have been regulated, and they are again in this third phase, but what’s been added is the evaporative component, which would be from the fuel tanks and lines and carburetors. And this encompasses not only what we would call ground support, which would be the wheeled products, as well as the hand-held equipment, including trimmers, blowers, chain saws and the like.”

For information on the EPA’s emissions regulations, visit their Nonroad Engines, Equipment, and Vehicles page or their Lawn and Garden (Small Gasoline) Equipment page.

In December 2009, OPEI announced that it was concerned by the EPA’s response to the Growth Energy waiver on 15 percent ethanol because it “overlooks the impact on hundreds of millions of (pieces of) outdoor power equipment used by consumers, such as utility vehicles, lawnmowers, chainsaws, snow throwers and other affected equipment, including boats, ATVs, motorcycles and snow mobiles.”

OPEI’s Harley told GovPro.com, “We are not anti-ethanol whatsoever. However, ethanol above levels of 10 percent in fuel poses problems for a variety of small engines, and not just engines in our members’ equipment.”

In its statement to the EPA on the Growth Energy waiver, OPEI noted: “Should EPA allow higher levels (of ethanol in fuel) for newer autos, we still face a daunting task of educating millions of consumers and labeling (gasoline) pumps to prevent possible mis-fueling that could potentially harm engine equipment and its users.”

Grounds maintenance equipment manufacturers are working to offer a variety of fuel-efficient options to their customers. The Jacobsen Eclipse 322 Riding Greens Mower, for instance, is available in three models: battery, gasoline hybrid and diesel hybrid. The mower can save up to 630 gallons of fuel and up to 26 fewer gallons of waste oil per year. Jacobsen, a Textron Inc. company, is based in Charlotte, N.C.