The number of law enforcement officers who died in the line of duty in 2009 was the lowest in 50 years, according to the National Law Enforcement Officers Memorial Fund, which released its preliminary 2009 statistics.

The number of law enforcement officers who died in the line of duty in 2009 was the lowest in 50 years, according to the Washington, D.C.-based National Law Enforcement Officers Memorial Fund (NLEOMF), which released its preliminary 2009 statistics last week. The fund, a non-profit group, reported that 125 law enforcement officers died in the line of duty in 2009, down 6 percent from last year and the lowest number since 1959.

There was an increase, however, in the number of officers killed in shootings — 15 in multiple shootings, the most of any year since 1981.

The total number of officers shot and killed rose 26 percent from 2008 levels to 49 in 2009. More than 30 percent of the police deaths happened in five incidents in which one gunman killed several officers. 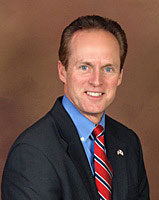 Driver training for officers is one of the factors that has led to reduced law enforcement deaths in traffic fatalities, said Craig Floyd, chairman and CEO of the NLEOMF. “If you look at the last 12 years in a row, more officers have been killed in traffic-related incidents than have been shot and killed or any other cause of death, and that’s certainly a troubling trend that we’ve been concerned about for some time now. But this past year the good news is that while traffic-related fatalities were still the highest of any other category, with 56 officers dying in either auto crashes or motorcycle crashes or were struck and killed on the side of roadways, that that was a 21 percent decrease over the 71 officers killed in 2008 in traffic-related incidents, and I would certainly credit better driver training as one of the areas that we’ve made some advances in, and I think can be credited for this reduction,” Floyd told GovPro.com.

“There was a study back in 1997,” Floyd said, “which actually mentioned that only 60 percent of law enforcement agencies nationwide were providing any high-speed driver training for their officers. That meant 40 percent of the agencies were not providing any training at all in that area. I think that startled a lot of people, and I think that over the last decade we’ve seen a lot of improvement in the facilities that are available for driver training, and in the emphasis that’s been placed on driver training by police academies and by agencies nationwide, and certainly when we better train our officers for these dangerous situations that they often have to deal with, we’re, I think, going to see a reduction in crashes, and a reduction in officer injuries and fatalities. Certainly driver training is an area that still needs more attention.”

Floyd cited increased use of body armor as another key safety factor for officers. “I think we are doing a better job of making body armor, lightweight, convenient to wear, comfortable to wear, and certainly it does the job when it comes to stopping the majority of handgun ammunition that’s on the market and used most prevalently by criminals,” Floyd said. “Over the last couple of years we’ve seen about 75 percent of officers are wearing their soft body armor, and 10 years ago that figure was less than 50 percent — so I think those numbers alone tell you that vests are saving more lives because more officers are wearing them.”

Floyd cited statistics from the International Association of Chiefs of Police and an armor producer that show “more officers are saved by their vests every year than are being killed in the line of duty, which I think is a very dramatic indication of the value of soft body armor.”

Officers’ greater reliance on less lethal weaponry, such as stun guns, may lead to fewer officer deaths in the future, Floyd said. “More officers are being provided with less lethal weaponry, which means they have more choices than simply kill or be killed in certain circumstances. Ultimately what that means is, the officers get to keep an added margin of safety between themselves and a resisting violent felon, and it means that they can deal with that person in a manner in which the officer is less likely to be injured or killed, and similarly, and the statistics bear this out, the criminal suspects that they are arresting, are also less likely to be injured or killed.”

The NLEOMF expects to break ground for a national law enforcement museum sometime in October 2010, with completion scheduled for late 2013. The location of the National Law Enforcement Officers memorial is in the 400 block of E Street, NW, in Washington, D.C.