Government demand for more efficient, better-performing products is an innovation engine that is leading to improved products for everyone. According to Steve Greenberg, author of "Gadget Nation: A Journey Through The Eccentric World of Invention," new inventors are specifically targeting the government market with a number of innovative products.

Government demand for more efficient, better-performing products is an innovation engine that is leading to improved products for everyone. One example comes from government fleet departments that are seeking more fuel efficient, durable vehicles. “We’re seeing a rapid advancement in more efficient and hybrid vehicles, and if any sector has an opportunity to put that to use, it’s the government sector,” Jacob Ward, deputy editor of Popular Science magazine, told GovPro.com.

“Ford, for instance, has recently introduced its EcoBoost engine, which uses a direct fuel injection technology to create fuel efficiency that rivals hybrid engines without sacrificing power,” Ward says. “It allows four-cylinder engines to have the power of six, and lets smaller, more fuel-efficient six-cylinder engines do the work of a V-8 in big heavy-duty pickups that many municipal public works departments are currently using.”

Car manufacturers also are rapidly developing better battery technology for hybrids and all-electric vehicles. “GM, Nissan, Toyota and Ford are all working hard to improve on lithium-Ion technology, which is the stumbling block for the development of all-electric vehicles,” Ward says. “Until that technology improves, it’s going to continue to be a fight between fuel-efficient gas vehicles and hybrid vehicles. Once batteries can hold a long enough charge to make a cross-country road trip possible in an electric vehicle, gas power will be all but over.” 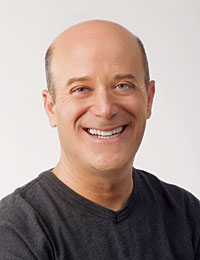 New inventors are targeting the government market with a number of innovative products, according to Steve Greenberg, author of “Gadget Nation: A Journey Through The Eccentric World of Invention.” “I had an inventor reach out to me who had an interesting way of storing bicycles in public parks or urban environments. His system stacked the bikes vertically — sort of like a rotating Ferris wheel — it was a clever way of stacking bikes, and it relied on building exteriors for support. I’ve also seen a lot of innovative products for playgrounds — inventions that make them safer, such as cushioning materials, or improvements in playground equipment and sets, to make them safer and more child-friendly.”

Another inventor created a product, called EasyDown, following the events on Sept. 11, 2001. “The device is stored in your office, and if you want to get down from a high building that’s on fire or other catastrophe, you strap it on. It’s a safe way to evacuate a burning building when you can’t use the elevators,” says Greenberg, who discusses the product in his book. “The system has a very clever design. It’s got a cable, and it has a big safety harness that you sit inside, with a big wheel on it. You attach the unit to a secure area — it’s very Batman meets James Bond — and you can zip down the side of a building that’s in distress.”

Greenberg says it makes sense for inventors to target their innovations to the public sector. “It’s smart for inventors to design products suited for governments, because you’ve got a really great, sizable market when you are looking at selling to the government.”