Who wants to be a public works director?

Filling top-level vacancies is harder than ever. 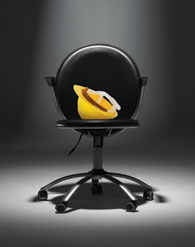 After living two years in Washington State, William Sterling and his wife LeeAnn decided to return to Greeley, Colo., to spend their retirement years with the family and friends they had left behind. But Sterling didn’t expect his old job as director of public works also would be awaiting his return.

As it had turned out, the person Greeley had chosen to succeed Sterling left a year after he was hired, and two other candidates who had interviewed for the position declined the job offer. So, when Sterling stopped by the city hall when he returned, he was offered his old position. He accepted, but with one condition. “I said that if I came back, it would be for one year,” he recalls. “I said that they should pick someone internally, and I would mentor him to put in my place.” The city chose a candidate, and he has been in the position for 11 months.

As communities struggle with falling revenues, rising costs and increasing demands for services, they also are finding it difficult to fill openings for directors of public works, the top job of one of their most critical departments. At a time when unemployment has shaken up the job market around the country, demand is outstripping supply for a skilled position that requires technical expertise and the ability to manage and engage employees and the public.

On the APWA Web site’s WorkZone, more than one-third of the 50 jobs posted by public employers are for some variation of the top public works position in their communities. The postings range widely in scope and responsibility, a factor that significantly affects the application pool, Daniels says. The collapse of the housing market is another reason for the difficulty in attracting public works directors, she says. Relocating from one area to another is very dependent on when candidates bought their homes and the prospects for selling them quickly.

Janesville, Wis., a city with 65,000 residents, has been looking for a new public works director since the incumbent left for another position in February. So far, officials have not found a candidate that fits the city’s needs, which also include the responsibilities of civil engineer, says Susan Musick, the city’s human resources director. “The position remains open until filled,” she says. “We decided to re-advertise in July, review resumes and conduct interviews. We’re looking for an experienced director, preferably someone with an engineering degree. It limits the pool of applicants.”

Berthoud, Colo., a town of 5,300, began its search for a new director when the incumbent took another position in June. The town collected about 30 resumes by the end of the application period, a number that interim town manager Gary Suiter says was “thin.”

Fairfax County, Va, a community of more than 1 million residents, also is looking for a new director of public works, which carries a portfolio that includes not only traditional public works duties but also environmental services, such as stormwater management and land development, says Merni Fitzgerald, the county’s spokesperson. “We anticipate over 100 applications,” she says. “This is a prime position. Very senior level.”

DO YOU NEED TO BE AN ENGINEER?

The search for candidates to fill open positions for public works directors is complicated by an important decision: Should the top post require civil engineering skills, or managing skills to motivate and supervise staff while others handle the more detailed responsibilities of designing and overseeing projects?

“It’s an ongoing debate whether the director needs to be an engineer,” Daniels says. “There are fewer engineers willing to be public works directors. There’s a question about whether the right person should be more administrator than engineer. What background does the person need to be if he or she is not an engineer?”

APWA has created a program to train promising employees with less than seven years on the job to become the next generation of directors. The year-long program provides ongoing leadership and management training, professional growth through a network of peers, and an in-depth introduction to APWA at the national, chapter and branch level. The program’s format includes monthly conference calls, participation in APWA’s quarterly Online Mentoring calls, a two-day leadership retreat in Kansas City, attendance at the APWA Congress, and class assignments and projects.

In South Jordan, Utah, the city’s practice is “to try to hire the right person and then teach them everything else they need to know,” says Public Works Director Don Bruey. He says the city receives a large number of applications for open positions but “few have the requisite background” for the jobs. So, the city uses in-house training and encourages additional formal education to create its next generation of leaders, rather than hire people from other cities who may not fit into the department’s culture. “It’s well worth the investment,” Bruey says of the internal training program.

Public works directors need more than just technical skills, he says. “They need natural leadership skills, charisma, the ability to get people to follow, to go the extra mile.”

Bruey spent 26 years in the Marines, where he rose to colonel before retiring in 1992. His specialty became logistics and operations and, at the end of his career, he was running an airfield. “The skills I developed at my other job were a perfect fit with public works,” he says.

In Palm Bay, on Florida’s Space Coast, the skills that Sue Hann developed as public works director led her to her current position as deputy city manager, in which she has supervisory responsibility for not only the traditional public works operations but also growth management and land development.

When Hann was hired by the city in 1997, a large number of road and drainage projects were under way or on the drawing boards, but the city did not have a sufficient number of staff engineers. Her engineering degree was a big advantage at the time, because it allowed her to double up her responsibilities.

Her own experience suggests that cities have to determine on their own whether they need a public works director who is also an engineer. “It’s the fit of the organization that defines what is needed,” she says.

As an engineer, she was attracted to public works because she could have contact with the community and could manage projects from beginning to end. “I saw the results of my work,” she says. “That’s why I became an engineer.”

Before moving to the local community college to head one of its engineering programs, George Haines, former public works director for Gillette, Wyo., spent about a dozen years in the public sector after a 20-year career in the Navy in the civil engineering corps. He says that the various demands of a public works director’s job add to the difficulty of finding the right person. He cited 20 potential areas of responsibility, ranging from parks and recreation to stormwater management and utilities, in addition to the traditional roles of construction and traffic management.

Haines is a strong proponent of developing potential leaders within the organization rather than searching for a director from other governments. “I have an appreciation of succession planning by growing and developing through the ranks,” he says. “If you hire department heads from outside, how does that play in the organization? People feel, ‘Why can’t I be the department head?’”

John Ostrowski also agrees that the “softer” skills are becoming more important for communities looking for a new public works director. He wrote the book, “Everything You Need to Know to be a Public Works Director” for APWA.

“Hiring managers are more aware of the non-technical side,” Ostrowski says. “There is the view that the world is more complicated. Managers have to handle the complexity of modern society.”

Ostrowski was the public works director in Vancouver, Wash., for 17 years after working in a number of engineering-related positions in Washington State. For his book, he analyzed job announcements for public works director positions to understand what city managers were looking for. His research surprised him: 50 percent people skills, 25 percent administrative skills and only 25 percent technical skills involving engineering and planning.

“Public works is a process that starts out with planning the right stuff, financing, designing and building, and operating,” he says. “It’s different phases. But the important thing is managing that process, having communication skills, making sure the administration and construction flow together, and everything works.”

“There are aspects of this job that are somewhat similar to what it was 100 years ago,” he says. “The human interactions, the soft skills, were just as important in the beginning of our profession as they are today.

“But the challenge remains. There has been a sea change in the way people communicate in the last several years. We’ve gone from having letters dictated to cell phones and Twitter. They cause their own stresses. It’s easy for conflicts to occur. I would say that’s the primary challenge today.”

Of course, the pressure to increase productivity never lessens. “People want more, that’s the way it is,” he says. “There’s more demand for service. It’s a challenge for public works, trying to come up with innovations to allow us to deliver.”

For all of that, he says, public works directors need a variety of skills, which is why it seems they are hard to find. “It’s the overall background you are looking for,” he says. “The technical helps the administration. That’s what helps you succeed.”