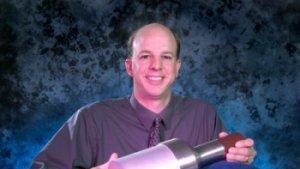 From Oklahoma City to the U.S. Embassies in Kenya and Tanzania, foreign and domestic truck bombings have had a detrimental impact on American lives and

From Oklahoma City to the U.S. Embassies in Kenya and Tanzania, foreign and domestic truck bombings have had a detrimental impact on American lives and military personnel. An explosive detection system to identify the presence of explosives hidden in cargo trucks that enter buildings and military bases has been awarded a 2005 Homeland Security Award from the Christopher Columbus Fellowship Foundation in Washington, D.C. 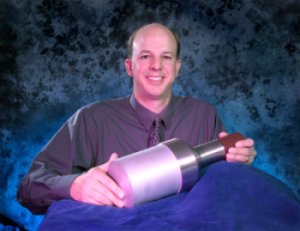 “I’ve always believed that the Idaho Explosives Detection System has the ability to save lives and protect our country,” said technical lead Edward Reber, Ph.D. Reber joined Idaho National Laboratory in 1997 following a postdoctoral fellowship at the laboratory. He holds a bachelor’s degree in physics from the State University of New York at Geneseo, and a master’s and doctorate in nuclear physics from Florida State University. He is now a staff scientist in the Reactor and Nuclear Physics Group, Nuclear Programs Directorate at INL.
Edward reber, Ph.D. holds the Idaho
Explosives Detection device developed
at the Idaho National Laboratory

The Idaho Explosives Detection System uses high-energy neutrons to cause nuclear excitation materials within the cargo truck. Detectors attached to the system acquire gamma rays from the nuclear excitations to determine the presence of explosives.

Idaho National Laboratory is one of the Department of Energy’s 10 mulitiprogram national laboratories. The laboratory performs work in each of the strategic goal areas of DOE– energy, national security, science and environment.

INL is the nation’s leading center of nuclear energy research and development. Battelle Energy Alliance manages and operates INL for the DOE. -INL-05-057