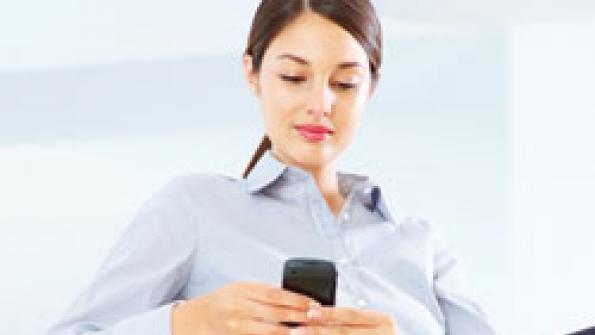 Electronic government extends communication channels to the web, but mobile government complements e-government "by providing an additional communication choice that is more widely used and accessible," Cable says. As e-government evolves to include m-government, cities and counties will be better able to use limited resources to enhance and improve service delivery. "The focus should be on expanding access to the same or interfaced databases and systems and on the intended outcome, not just on creating a cool, new mobile service," she adds. "In addition, m-government solutions should be just as efficient and user-friendly as other good e-services."

While transferring government operations to mobile applications may sound daunting, the process is becoming easier as system providers have become less proprietary, new mobile application developers are joining the market and mobile web toolkits become readily available, Cable says. "Those communities that lag in their e-government initiatives may avoid integration barriers and actually have the benefit of up-front planning and coordination of their e-government and mobile technology deployment," she says. "Because of the prolific usage of mobile telephony, many enterprise systems and many new systems are now including some type of mobile application or, at least, a much greater openness to system interfaces."

To make m-government work, local governments must be able to implement new technologies quickly and ensure sustainability for those technologies and the processes and services they support, Cable says. It also helps to foster innovative ideas, and collaborate with software providers, wireless carriers and others that can provide tools and knowledge.

To ensure that m-government applications will be effective, ongoing staff training and tools are vital. "For many workers, it may take some time to feel comfortable using a mobile device in the field, and they sometimes revert back to entering data on their computer back at their office area," Cable says. "As the applications and devices improve, this challenge is getting better. Reliability of the network, the device and access and knowledge of the apps and systems can help prevent frustrations."

As cities and counties plan for the future, m-government must not be "just a series of single initiatives," Cable says. "Rather, it is becoming a strategic and inherent way of doing government business."