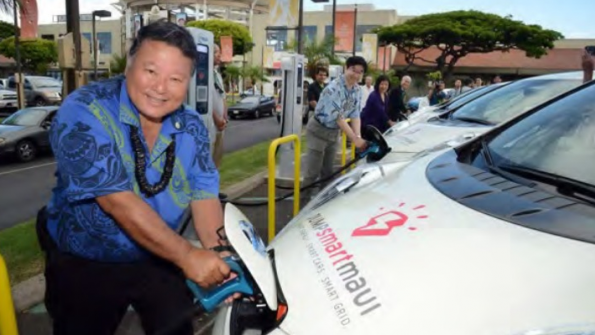 Local governments across the United States are taking proactive roles to bolster economies. Through a series of case studies, the National Association of Counties (NACo) is highlighting what the organization says are three key themes in bolstering economic resilience. Those themes are:

According to NaCo, talented workers have become increasingly mobile and as a result, businesses value location quality when they decide where to set up shop. At the same time, high unemployment among younger Americans and a growing demand for specialized skills means communities must invest in their people to attract jobs.

Here’s how featured counties are adapting to address this new reality:

Maui County, Hawaii-In 1982, community leaders created the Maui Economic Development Board (MEDB) to diversify an economy once dependent on tourism and agriculture. MEDB has contributed to several successes, including the establishment of the Maui Research and Technology Park that hosts one of the U.S. Department of Defense’s supercomputing centers. The number employed in science, technology, engineering and math (STEM) has risen from 175 when MEDB was formed to over 3,000 today. 25 percent of Hawaiian high school graduates hold technical jobs and hundreds of technology companies have established themselves in Maui County.

Augusta-Richmond County, Ga.—Though residents’ relocation to the suburbs in the 1970s and 1980s weakened downtown, this trend began to reverse in the early 1990s when the National Main Street Center designated the city a national Main Street. This provided local leaders the support and assistance they needed for long-term planning to bring residents back downtown. These planning efforts allowed local arts and culture groups to create the First Friday art walk and a farmers’ and artisans’ market downtown. The city also created a new wastewater system, planning 20 to 30 years in advance for long-term economic security.

Cuyahoga County, Ohio-In 2011, the county and its component cities established the Business Attraction and Anti-Poaching Protocol. This calls for communities to cooperate rather than compete for regional business development. The county also established a Business Retention and Expansion Advisory Council to share ideas and best practices, learn about each other’s business needs, and discuss other state and local programs. This plan makes it clear to businesses that the communities within the county can cooperate with each other to maximize business attractiveness.