The Supreme Court ruling on the federal healthcare law presented a significant question for each state, and each state’s decision will have financial consequences for its local governments 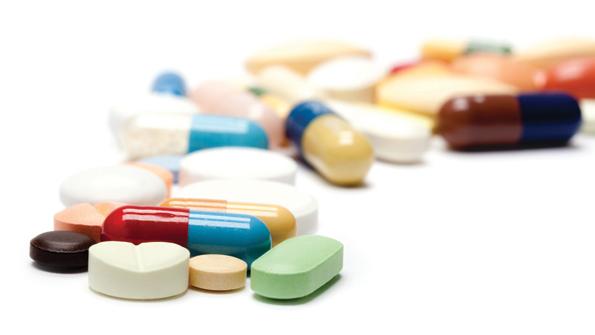 Public health officials expected the U.S. Supreme Court ruling on the constitutionality of the Affordable Care Act (ACA) to clarify the federal effort to expand coverage to millions of uninsured Americans. But that’s not how it turned out.

Though the justices agreed by a narrow margin that the U.S. Constitution allows the federal government to mandate that Americans buy insurance, they surprisingly struck down Congress’ ability to threaten states with severe financial penalties if states do not expand coverage through the Medicaid program to a huge pool of the currently uninsured. Under the ACA, the federal government would pay the entire cost for millions of new Medicaid participants for the first three years and 90 percent after that.

Now, governors are mulling whether to accept Medicaid expansion, with some arguing it will be a costly burden to their state. That leaves local officials and public health institutions struggling to figure out how to proceed. “It’s a tough environment,” says Robert Pestronk, executive director of the Washington-based National Association of County and City Health Officials (NACCHO). “It’s a perfect storm of complexity and challenge right now.”

Pestronk and others predict that the future of the health scene will not be fully settled until after the November elections: If elected, Republican opponents of the legislation vow to repeal the whole law, while Democrat defenders pledge to push forward if they remain in power. Even if Democrats prevail nationally, many governors opposed to Medicaid expansion now have the power to just say no.

Immediately after the Supreme Court decision, governors split along party lines, with about a half dozen Republican governors refusing to expand their programs. Among the most vociferous opponents, Texas Gov. Rick Perry (R), whose state has one of the largest populations of uninsured in the nation, issued a statement that, “Expanding Medicaid would mandate the admission of millions of additional Texans into the already unsustainable Medicaid program, at a potential cost of billions to Texas taxpayers.”

At the same time, a few Democratic governors announced that they were moving forward and would expand their Medicaid programs because they think in the end it will save money for their state. But the vast majority of governors, both Democrat and Republican, have issued statements that they would study their options before proceeding and would not rule out accepting the Medicaid expansion. Adding to the complexity, once governors decide to move ahead, they may still face opposition from their legislatures.

Because of its vast scope, the revision of Medicaid is likely to have the greatest effect on local public health programs. Medicaid is a federal-state health insurance program for the poor, now mostly covering children, mothers and the disabled. The expansion in the ACA was originally expected to add roughly 15 million uninsured low-income people, mainly adults without children, who currently are not eligible in most states.

The nonpartisan Congressional Budget Office now predicts that with the Supreme Court decision and subsequent decisions at the state level, 6 million of those 15 million uninsured will no longer gain coverage under expanded Medicaid. CBO further estimates that about 3 million of that 6 million will remain uninsured, because they do not qualify for Medicaid under current rules and are not eligible for subsidized private insurance in new state marketplaces (called exchanges) created under the ACA.

Representatives of the hospital industry are among the strongest proponents of the expansion of Medicaid for several reasons. Because they cannot deny care to the uninsured who use their services, they must either absorb the cost of care for patients who cannot pay for the services or pass the cost on in the form of higher charges to insurance companies, or in the case of public hospitals, to local taxpayers. In addition, hospitals agreed to accept billions in lower rates of federal reimbursements for some of their charges, with the expectation that the expanded Medicaid rolls would provide a new and more reliable source of funding.

“We believe that expanding Medicaid will help take some of the load off of local taxpayers,” says Shawn Gremminger, assistant vice president for legislative affairs at the National Association of Public Hospitals (NAPH), a Washington-based group that represents the interests of 160 of the nation’s largest public hospitals. “If governors don’t accept the expanded Medicaid, it will shift the cost back to cities and counties.”

The economic stakes can be huge. Dave Dillon, spokesman for the Missouri Hospital Association, says that profits at the state’s hospitals could be reduced by $700 million per year because of the double hit of the reduced payment schedules coupled with a refusal to expand Medicaid to the larger population of uninsured. “It would be a huge financial hardship,” he says.

Florida Gov. Rick Scott (R) has been an outspoken opponent of all aspects of the ACA and has said he will refuse Medicaid expansion funds from the federal government because the state cannot afford the costs he believes will be foisted on the state. Bruce Rueben, president of the Florida Hospital Association, argues to his state’s leaders that by refusing the Medicaid money, the state does not save money. “I am trying to help people understand the consequences,” he says. “If we don’t do it, the state will not save a penny. The need remains, regardless if it goes forward or not.” Additionally, Rueben counters that if the federal taxes raised from Florida residents are not spent on expanding Medicaid to the Florida uninsured, “we are just financing coverage to people in other states” that are participating in it.