Photo by John Matychuk on Unsplash 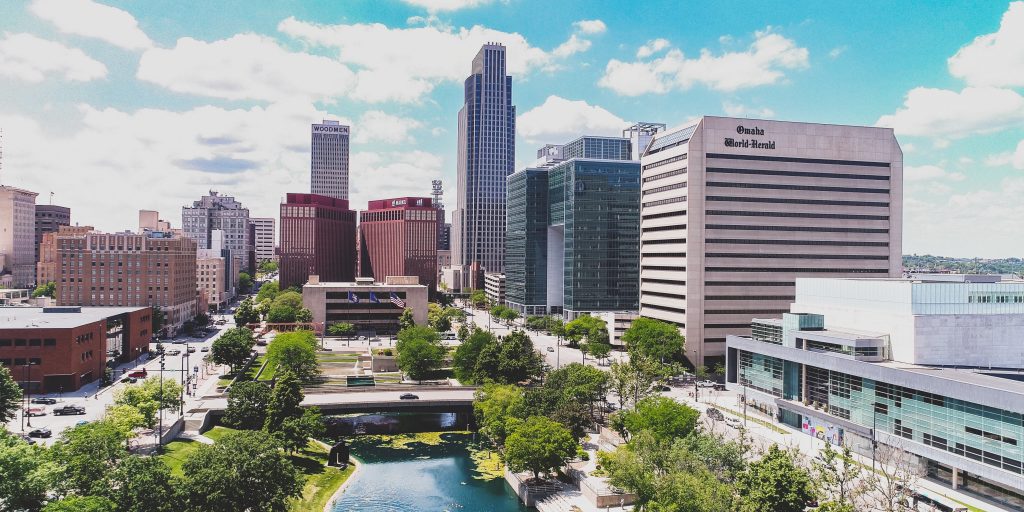 I have been writing columns for this publication on and off for 15 years. And during that decade and a half, I’ve written about countless chief procurement officers trying to make changes in their jurisdictions. Some of those changes were operational like implementing strategic sourcing. Others were organizational as states moved to shared services. Finally, some sought to upskill their buyers through professional development and training. A common thread ran through each of these initiatives—to improve the services provided to procurement’s customers. In most cases, those customers were internal stakeholders—agencies and departments who used the purchasing department’s contracts. It is easy to overlook the fact that suppliers are also a customer, a fact not lost on the Nebraska Department of Administrative Services (DAS). With its new Concierge Program, DAS is redefining customer service in a bold and ambitious way.

The Concierge Program is the brainchild of DAS Deputy Director Doug Carlson, who also serves as the Cornhusker State’s chief procurement officer. Carlson, who joined DAS after a career in operations and logistics with the military, leads a team of 20 state purchasing professionals who buy $7 billion worth of goods and services for state agencies. While Carlson leads the program on a day-to-day basis, he credits three of the state’s senior leaders with inspiring it, starting with Governor Pete Ricketts who “[set] an expectation that we reach out to minority-owned, women-owned small businesses to remove barriers to do business with the state.” Carlson credits DAS Director Jason Jackson with instilling a customer service mindset throughout the department, an attitude which extends to suppliers. And finally, he points to Economic Development Director Tony Goins who has made the term “economic inclusion” a focal point of the state’s job creation efforts. Taken together, Ricketts, Jackson and Goins provide the philosophical foundation upon which the state’s most aggressive supplier diversity initiative ever was built.

The name Concierge Program is a fitting introduction to the initiative. If you’ve ever stayed in a great hotel in a city you are visiting for the first time, you know how critical a good concierge is to having an incredible trip. They know the way that things work in the city—which restaurants are terrific (and how to get you a reservation if it’s busy), the best neighborhoods to explore and where to find the perfect keepsake to remember your trip. The hotel concierge is your guide through the unfamiliar and in a way, levels the playing field for tourists with the locals who have figured everything out.

Carlson and his team at DAS have done just that for a growing number of minority-owned businesses, particularly in North Omaha which has a high concentration of diverse businesses. It starts with educating them about how to do business with the state. “Doing business with the state is sometimes a little convoluted and it’s a little difficult and that’s okay,” he says. “There are rules and there are laws put in place to ensure transparency and accountability, and that’s a good thing, but it also creates some barriers. We are removing those barriers and making things a lot easier for the vendors.”

Suppliers who participate in the Concierge Program receive hands-on training for how to compete for business with the state. Buyers from DAS walk the small businesses through the fundamentals to get them set up to bid on work—setting up W-9’s, establishing an ACH account, making them familiar with how to find information on the state purchasing website about bid opportunities. And to show these businesses that the state has a genuine interest in helping them, all calls need to be returned in 48 hours or less.

The second part of the training involves how to respond to a bid. “We’re not going to tell you what to put in [the bid response],” Carlson says. “That’s illegal to do. But we can show you previous examples of successful requests for proposals, successful contracts. So, you start understanding that this is probably the price point that we need to be at. We’re going to just talk about every step of the way.”

DAS staff asks the businesses, “What don’t you understand, so we can do a hands-on tutorial to walk you through that entire piece.”

Deborah Dogba of Business Seals Consulting Firm LLC found the one-on-one training on state contracting processes to be invaluable. “There is this belief that when you’re dealing with the government, it is not necessarily always pleasant. But when I was on that Zoom call with [State Procurement Supervisor] Robert Thompson, he took his time to explain the process to me. He walked me through the process step-by-step,” Dogba says. “He let me ask questions. He came up with different scenarios and he walked me through them step by step. And then he made himself available via email and phone. That way, if anything comes up that we did not really discuss, he will be able to help me with that.”

The third and final piece of the Concierge Program is a proactive approach to bid notifications. Most government procurement offices work hard to assemble commodity-specific vendor lists that they use to solicit suppliers to respond to bids. And given the size of many government procurements, that approach works fine, since the major players in an industry are on these lists. Those large businesses are also closely watching the procurement department’s website for bid announcements. But a small business who has never responded to a bid is unlikely to be on a vendor list and isn’t pressing “refresh,” waiting for the website to update. Carlson and his team knew this. They knew that all their educational outreach wouldn’t matter if the businesses missed the windows to respond to the solicitations. So, they proactively call the small businesses in the Concierge Program when a bid is coming out in their area of specialty.

As they have rolled out the Concierge Program with suppliers who had never done business with the state before, they got useful feedback from these stakeholders with a fresh set of eyes and it led to changes. “Our website was a little convoluted, maybe a little old. It looked like it was built in 2002. It had all the data, but it was just a little tough to navigate,” Carlson said. “Now it’s much cleaner, much simpler, and the feedback that we’ve got from the vendors is that it’s just easier to navigate. It’s a simple thing, but it’s a really important thing. It’s been fun from our perspective to think differently and to create those opportunities [for improvement].”

Minority-owned businesses, many of whom have never done work with the state or any governmental entity in the past, rave about the Concierge Program and DAS’ enthusiastic outreach to businesses in their community. One such business is Kica Logistics, a Black woman-owned business based in Omaha. The company was founded by a former truck driver who applied her first-hand knowledge into building a growing transportation brokerage. Kica’s Kione Lowe talked about the outreach she received from Carlson personally.

“One thing that I absolutely love about the program is that Doug himself gave us a call. He had a meeting with us. He spoke to us and broke it down for us. And he just made us feel so comfortable about the process,” Lowe said. She added that in speaking with her counterparts in other minority-owned businesses in Omaha, she heard repeatedly that DAS staff and oftentimes Carlson himself reached out to them, helped them get up to speed on state contracting processes and actively encouraged their participation.

A big factor in Lowe’s optimism about the government market is Carlson’s attitude about the role of small businesses in state procurement. “You think that government contracts are going to go to the major companies and they’re going to go to the ones who have the most capacity. Something that Doug said that stood out to me was, ‘We just want to see who fits the contract. You can be big, you can be small, but as long as you fit the contract, you can [bid on] it. You can possibly get it.’ So that was amazing,” exclaimed Lowe.

While the Concierge Program may have started with Carlson, the governor and agency leadership, it has quickly been embraced by the team at DAS. “When we first had the idea, there’s always a little bit of trepidation. [The staff] thinks about why we are going to get after this. But now that we have experienced this, they’ve bought into it,” Carlson says. “And to have that many folks on our side be committed to something like this because they see the value and they see the opportunity it’s going to create for those businesses. They’ve really taken it to heart. And really, it’s their program now, and this will outlast certainly my tenure in state government, as well as the governors and directors.”

Carlson is excited to see two of DAS’ top procurement initiatives come together in the months ahead. At the same time, he launched the Concierge Program, he and DAS’ Vendor Performance Program Manager Whitney Titov were ramping up the state’s implementation of Procurated, a supplier ratings and review platform. Carlson likens Procurated to “Yelp for state government.” He says that just as consumers look at reviews on Amazon or Yelp before making decisions, he believes that governmental buyers should “look at a vendor and see how they measured up from a star rating [perspective].”

Carlson cites Procurated as a tool to bring transparency and accountability about the suppliers providing goods and services to the state. “Taxpayers should expect that we’re doing business with the very best businesses in the state of Nebraska.”

He believes that sharing the positive reviews of state suppliers with other agencies in the state as well as local governments will create opportunities for outstanding suppliers to grow their public sector business. For the Concierge Program businesses, this means greater visibility with state and local government buyers and the spreading of the all-important word of mouth referrals.

Lowe, from Kica Logistics agrees. “I totally think that it’s all on your experience and your work. You know that when you come in and say, ‘Hey, I can do this for you.’ And [the customer] says, ‘Prove it.’ If you don’t really have the work, you can’t really prove to them unless they give you the work. So, landing a government contract would just be amazing.” It would give her firm and countless other minority-owned businesses a cadre of satisfied customers who could share their experiences with would-be customers.

It’s not hard to see why Carlson and the DAS team is so excited about the Concierge Program. It holds great promise to drive economic opportunity within a community that has been historically underutilized by government. And after talking with business leaders like Dogba and Lowe, it is clear that this palpable excitement is felt far beyond the state offices in Lincoln.

David Yarkin, the former chief procurement officer of Pennsylvania, is the president of Government Sourcing Solutions, a consulting firm that works with 34 states and most large cities, counties and schools, helping them save money through cooperative contracts. Email David at [email protected].

This article originally appeared in the Q1 issue of Government Procurement.