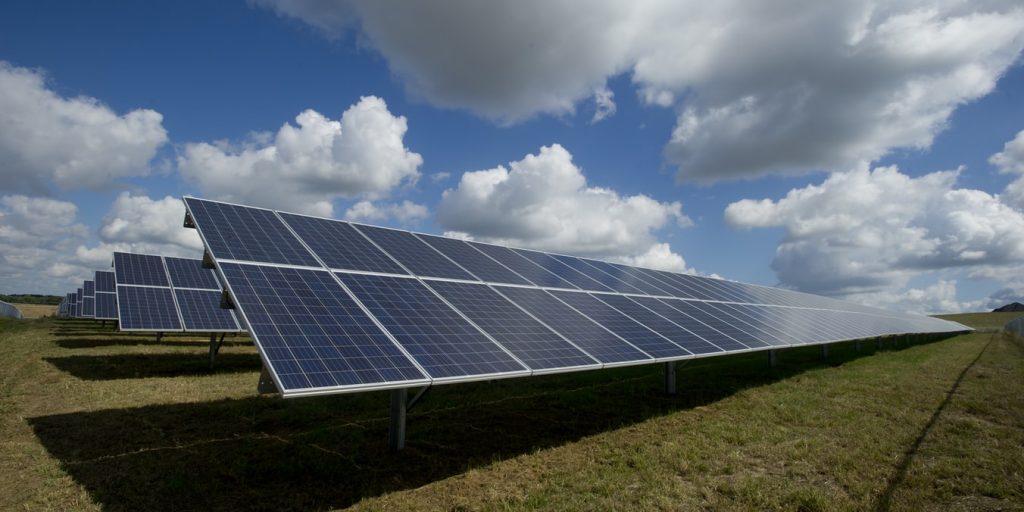 President Joe Biden launched into his presidency signing a series of executive orders that took aim at the climate crisis, including acceptance of the Paris Agreement and establishing climate change as a key consideration for U.S. national security and foreign policy. These are initial steps toward his campaign promises of putting the country on an irreversible path to achieving economy-wide net-zero emissions no later than 2050 and investing $400 billion over 10 years in clean energy and innovation.

Biden’s sustainability agenda isn’t driven solely by a commitment to protect the environment but is also borne out of a commitment to economic growth and social justice that local governments can benefit from as well. As we emerge from the COVID-19 pandemic, municipalities must seek every opportunity to create jobs, protect public health, reduce household financial burdens and drive economic growth. Renewable energy presents opportunities on all of these fronts.

A recent study by the Ohio University Voinovich School of Leadership and Public Policy found that deploying 7.5GW of utility-scale solar electricity in Ohio would create over 54,000 construction jobs, 618 permanent jobs, $2.7 billion in new tax revenue for municipalities and nearly $10 billion in local economic impact. Government agencies are positioned to generate demand for renewable energy, and city and county governments have been pushing for clean energy procurement through efforts like the Sierra Club’s Mayors for 100% Clean Energy.

According to the Environmental Protection Agencies, communities in Ohio, Illinois, Massachusetts, New Jersey, New York and California have also pursued this opportunity through community choice aggregation (CCA). CCA allows government agencies to aggregate the energy load within the municipal limit onto one contract. This creates economies of scale that enable city and county leaders to procure attractive renewable energy rates that are competitive, potentially even lower than current fossil fuel generation rates. In Columbus, Ohio, CCA was overwhelmingly approved on the November 2020 ballot by 76% of voters, establishing the third-largest CCA in the country and establishing demand for approximately 700 megawatts (MW) of new wind and solar projects.

Beyond the jobs and tax revenues these programs create, they also position participating businesses to grow. These organizations are increasingly embracing environmental, social and governance (ESG) goals. Institutional investors such as BlackRock now look to ESG as a critical factor when determining whether to invest in a company. BlackRock’s CEO Larry Fink recently advised CEOs to “disclose a plan for how their business model will be compatible with a net-zero economy,” since investors increasingly believe that the best-run companies have strong ESG goals and will be safer bets, now and in the long run.

Pursuing renewable energy initiatives through CCA or initiatives like Smart Columbus Energy can drive growth and prosperity in your community for decades to come. And in the very near term, they’ll also position your community for forthcoming opportunities under the Biden administration. Funding opportunities for cities that drive clean energy and electric vehicle adoption are expected in the near future, along with expanded programming from federal agencies that drive the clean energy transition.

Local governments that are prepared to accept and administer these opportunities stand to capture more than their fair share of this investment, all while promoting the prosperity of local businesses and residents.

As Smart Columbus’ lead for clean tech solutions, Zach McGuire works across the public and private sectors to scale the adoption mobility, energy and development strategies and technologies that make the Columbus Region more sustainable and prosperous. Through his work with Smart Columbus Energy, he is accelerating Ohio’s transition to renewable energy.