Photo by Simone Hutsch on Unsplash 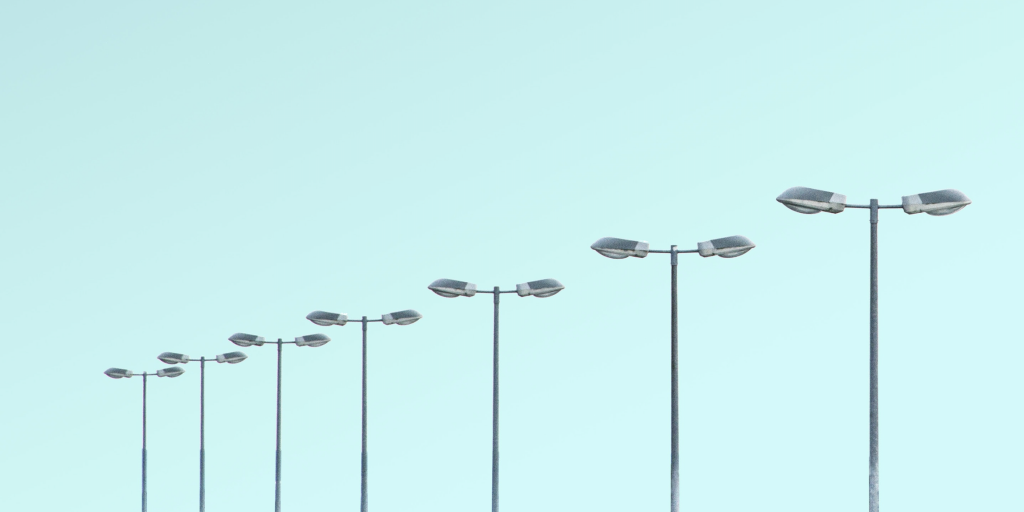 This outdoor lighting upgrade plan had been years in the making. “When you look at the history of when we really started talking about streetlights, it goes back more than a decade to about the 2007 – 2008 timeframe, when the city first took a look at how we were spending our energy dollars,” said Erin Gill, Knoxville’s Chief Policy Officer & Deputy to the Mayor.

“We found that our streetlights comprise a very significant portion of our energy usage. Not only of our electricity bills for the city, but really of our energy use as a whole. That also translated into one of our biggest users when it came to carbon emissions,” Gill continued. “As we started our sustainability work plan and really started identifying actions the city could take to reduce emissions, streetlights were high on the agenda.”

In addition to the reduced energy usage, the city studied other potential benefits of upgrading to longer-lasting LED street lighting such as maintenance and replacement costs. Brian Blackmon, Knoxville’s Sustainability Director, foresaw some very practical, everyday advantages to their plans.

“We just had a lot of outage calls regularly and we were constantly having to field questions from the public about light being out in front of their house, down the street and then trying to track down those issues,” Blackmon said. “So, upgrading to a new system obviously with a longer life in the product could cut some of those costs dramatically.”

Both Gill and Blackmon believe sustainability is all about attaining a balance. They looked at what could be achieved from not only an efficiency perspective and very deep energy savings, but they also wanted to make sure they selected lighting that fit in with their environmental considerations.

Blackmon added that as they went through the bid process to select a provider and fixtures, they were naturally looking for a quality brand with a solid reputation, but one aspect in particular was key given the project’s scale, and that was any history of fixture failures. “When we looked at quality and fail rates,” said Blackmon, “we were impressed with Acuity Brands track record, especially with its Holophane brand.”

The entire lighting project from specification and scheduling to the final installations was spread across a 2 year timeframe. A wide variety of outdoor lighting fixtures and applications were implemented as part of the city’s overall vision and design.

Brian McDonald, Director of Infrastructure Sales with Holophane and AEL, was able to see first-hand the entire project unfold. “It has been a pleasure to work with the city over the last couple years,” said McDonald. “They were smart in their approach to what was a very large and daunting task by breaking the project down into manageable, bite-size pieces. They stayed the course and saw it through to the end, and now they are enjoying the rewards of it.”

After about a year under their belt with the new lighting fixtures in place, the city has realized a $3 million savings on its annual electric bill. And as Blackmon added, “doing this project was one of the missing pieces for us to achieve our “20 percent by 2020” emission reduction targets. We’ve hit and exceeded that as a result of this project.”

“When I step back and think about this project and think about what we were able to achieve by going all-in,” continued Gill, “I think it’s a great example of what’s possible if have right lineup of energy savings, cost savings, and emerging technology. It’s lighting technology that’s proven now and really grabbing hold within the industry and with other cities. We went big on this project and in hindsight we’re really glad we did. This has raised the bar and changed the game when it comes to what we expect now in the quality of our lighting.”