Photo by Annie Spratt on Unsplash 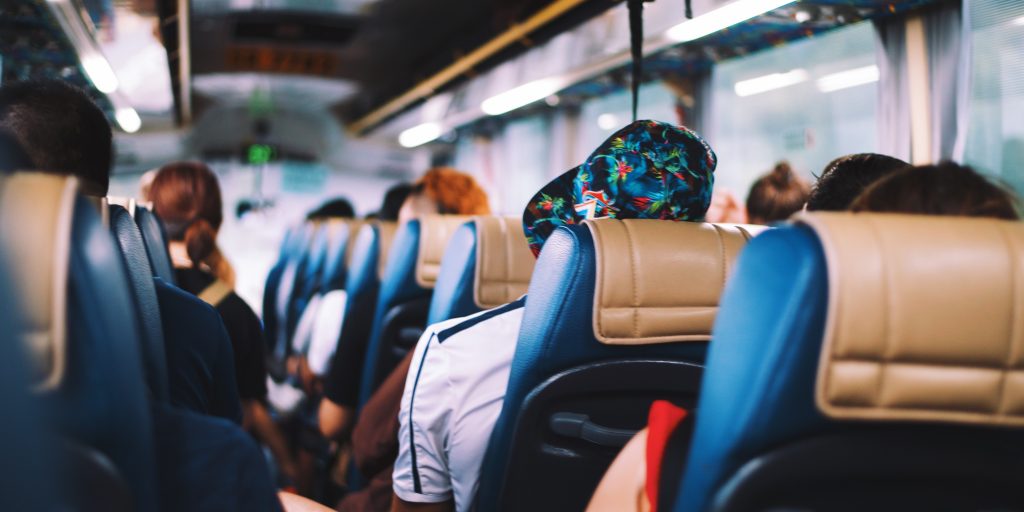 With a goal to reduce emissions, Detroit’s Suburban Mobility Authority for Regional Transportation administrators tapped into available funding to replace aging diesel vehicles for the agency’s paratransit fleet that serves seniors, people with disabilities and the general public.

The Suburban Mobility Authority for Regional Transportation (SMART) is the Metro Detroit area’s regional transit agency. It serves Macomb, Oakland and Wayne counties with 9 million rides annually. When the agency started researching ways to cut costs and shrink its carbon footprint, SMART administrators investigated propane autogas vehicles after learning about their use with a neighboring agency in Flint, Mich.

“Not only were we interested in the cost savings of the fuel and lower maintenance costs, we wanted to help make an impact on the environment with clean-burning propane autogas,” Keith Taylor, SMART director of maintenance, says.

In 2015, the agency began integrating Ford E-450 propane autogas vehicles in its 120-bus paratransit fleet. It currently has 95 propane autogas shuttles. SMART is not alone in its move to the alternative fuel: Currently, almost 2,000 shuttle buses equipped with ROUSH CleanTech propane fuel systems operate in the transit industry. And across the nation, hundreds of thousands of delivery trucks, school buses, taxis and other commercial fleets operate on propane autogas.

The results have led the agency to purchase additional buses. By 2020, all 120 buses in the paratransit fleet will be fueled by propane autogas.

Saving on Maintenance and Fuel

SMART maintenance technicians, who received training through the propane fuel system manufacturer, have noticed positive changes. “Our technicians report decreased repair time and overall cleanliness of repairs as benefits,” Taylor says. “Compared with our diesel and gasoline vehicles, there has been a notable decrease in exhaust repairs and fewer reported breakdowns.”

Less downtime translates to cost savings. The agency is saving by using fewer quarts of oil to operate the propane autogas shuttles and purchasing less expensive filter packages. Propane fuel systems, unlike “clean diesel” systems, do not require complicated components and specialty fluids. This simpler system contributes to lowered costs. And because propane autogas is part of a close-looped system, the fuel is never exposed to air and won’t spill, resulting in less mess and exhaust odors in the maintenance bay.

Following Federal Transportation Authority guidelines, the agency will operate each of its new propane autogas shuttles for seven years or 200,000 miles.

SMART’s drivers point to several benefits of the propane autogas buses, including the quiet operation of the engine and the absence of diesel exhaust odor. They also appreciate the buses’ quick acceleration.

In Michigan’s harsh winter climate, drivers and technicians report no cold-weather start issues with the propane autogas buses. To maximize fuel efficiency, the drivers have been trained to cut idling time, since there is no need to warm-up the alternatively fueled buses. Eliminating the use of plug-in engine block warmers has also reduced SMART’s electricity costs.

There are thousands of public propane stations across the nation, but after assessing the fleet’s services and size, agency officials chose to install on-site fueling stations. SMART, like many other transit agencies, took advantage of the low cost of building the fueling station infrastructure for propane. Propane autogas fueling infrastructure costs less than any other transportation energy source, including gasoline, diesel, electric and natural gas. An independent contractor built the agency’s three terminals, each with its own propane tanks to service the fleet. Two 1,990-gallon tanks are located at each station. The refill time with propane autogas is comparable to gasoline and diesel fueling — about 10 gallons per minute.

Funding and the Future

As SMART looks to an all-propane autogas fleet in the very near future, the agency’s efforts have already been noticed. SMART received the Autogas Fleet Award from the Propane Education & Research Council at BusCon.

“I would encourage every transit agency to explore the benefits of a propane autogas-fueled fleet,” Taylor says. “You’ll get an immediate payback in lower fuel costs and a healthier environment. We’re reaping the benefits of it on a daily basis.”