Image by Brian A. Jackson/Getty Images. 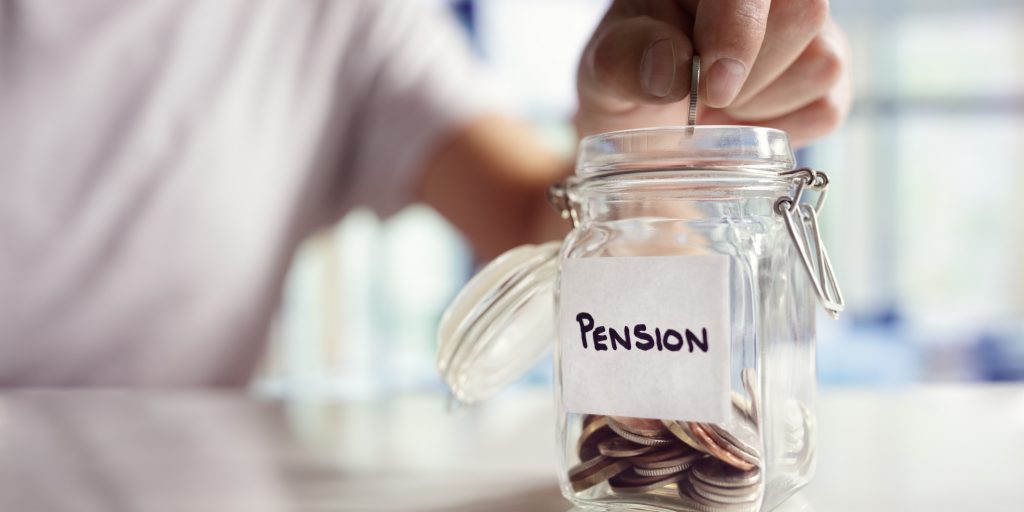 In 2011, after the Great Recession left California Public Employees’ Retirement System (CalPERS) only 61 percent funded, the Little Hoover Commission gave a dire warning: “California’s pension plans are dangerously underfunded, the result of overly generous benefit promises, wishful thinking and an unwillingness to plan prudently. Unless aggressive reforms are implemented now, the problem will get far worse, forcing counties and cities to severely reduce services and lay off employees to meet pension obligations.”

The Commission’s report ultimately led the Legislature to enact the California Public Employee Pension Reform Act (PEPRA) in an effort to limit pension benefits and improve CalPERS’s financial situation.  However, after nearly a decade of market growth and increased contributions by both employees and employers, the situation is not fundamentally different today, and CalPERS remains underfunded. With fears of another recession looming, public agencies need to plan ahead to address the impact of CalPERS’s financial struggles.

Although CalPERS has taken steps to reduce its unfunded liability, the burden fell largely on employers. For example, CalPERS changed its actuarial policies to shorten the payment period for unfunded liabilities. For employers, this means higher up-front costs in exchange for long-term savings. CalPERS has also reduced its “discount rate” – its assumed investment returns – from 7.5 percent to 7 percent, meaning employers must pay higher contributions to cover a given benefit. However, CalPERS’s own investment advisor estimates expected returns as closer to 6 percent, and if returns fail to meet the 7 percent target, CalPERS will likely increase contribution rates further to cover the shortfall.

Between CalPERS’s efforts to reduce unfunded liabilities and the benefits already accrued and payable, many public agencies are finding that increasing pension costs are beginning to crowd out any discretionary spending, reducing the funds available for staffing and public services. Managing these costs is a difficult task, as the law limits the available options. For example, constitutional principles relating to vested rights make it difficult to alter benefits payable to existing retirees. And agencies thinking about reducing pension benefits must ensure they bargain over proposed changes to the extent required by the Meyers-Milias-Brown Act. Understandably, employees and labor organizations are often hesitant about proposals that could reduce existing benefits.

In the past, a common tool was to negotiate lower benefits for future hires, while preserving benefits for existing employees and avoiding any impact on vested rights. For most agencies, this is no longer possible under PEPRA. PEPRA imposed a single lower pension tier for “new members” (generally, those who first became CalPERS members in or after 2013), but also requires that all “classic members”, including lateral hires, must receive the same benefits as if they had been hired in December 2012. The exception is for safety members, where PEPRA provides three available benefit formulas, meaning the employer may still have room to negotiate lower benefits for future “new” members.

If agencies do not take steps to manage pension liabilities the problem will only compound over time, potentially leading to pay cuts, layoffs, or even bankruptcy. But with all of these restrictions, trying to reduce increasing pension costs may seem impossible. Luckily, with a good understanding of the law and strong leadership, agencies still have options available.

Cost sharing – Have employees shoulder more of the burden

Some provisions of PEPRA have helped reduce ongoing pension costs for employers by requiring employers to help fund their own benefits. PEPRA eliminated employer-paid member contributions for new members, requiring that these employee pay at least 50% of the actuarial normal cost. For classic members, agencies can similarly reduce or eliminate EPMC so that employees bear the full cost of their own contributions. For both classic and new members, Government Code section 20516 allows employers and employees to agree to have employees pay a portion of the employer’s pension contributions. In addition, after negotiating to impasse, Government Code section 20516.5 allows employers to impose cost sharing on classic members up to certain limits.

When negotiating cost sharing, agencies should carefully evaluate the cost of anything given in return. For example, employee groups may ask for a matching wage increase in exchange (e.g. 1% pay raise for 1% cost share); this is not cost neutral because the wage increase will also result in “roll up” costs, such as increased CalPERS contributions and overtime costs. A cost neutral exchange will need to account for both the direct costs of the proposal and these indirect costs.

Another option is to negotiate changes to compensation and benefits to reduce the amount that is reportable to CalPERS (or “PERSable”). For example: a pay raise increases PERSable compensation and therefore also increases future pension liability and ongoing pension contributions; instead, an agency could provide more health benefits or time off.  Employers can also renegotiate specialty pays so that they do not match CalPERS’s requirements and become non-reportable. For example, when a compensation item combines the requirements of two or more recognized special pays (such as longevity or performance bonuses), it becomes a non-reportable “hybrid” pay. Similarly, CalPERS has indicated that lump sum payments are non-reportable when employees also receive a general salary increase that year. For new members, several forms of pay such as uniform allowance and one-time payments are not reportable under any circumstances.

Many agencies can potentially achieve significant savings by restructuring health benefit costs for current and future retirees, such as by moving retirees to more affordable plans or reducing the agency’s contributions. But agencies should be aware of legal limitations: for employers that provide healthcare benefits through CalPERS, statutory provisions set minimum limits for employer contributions. Employers should also analyze whether employees and retirees have vested rights that would impose constitutional protections on retirement benefits in their current form. Public agencies considering this option should consult with trusted legal counsel.

Che I. Johnson is a Partner in Liebert Cassidy Whitmore’s Fresno, Calif., office and is experienced in all aspects of employment and labor law. He regularly advises public agencies on employee retirement plans. His email is [email protected]

Lars T. Reed is an Associate in the Sacramento, Calif., office of Liebert Cassidy Whitmore where he provides counsel and representation to cities and counties on matters pertaining to employment law, labor relations, and litigation. His email is [email protected]