A highway leading into Minneapolis. 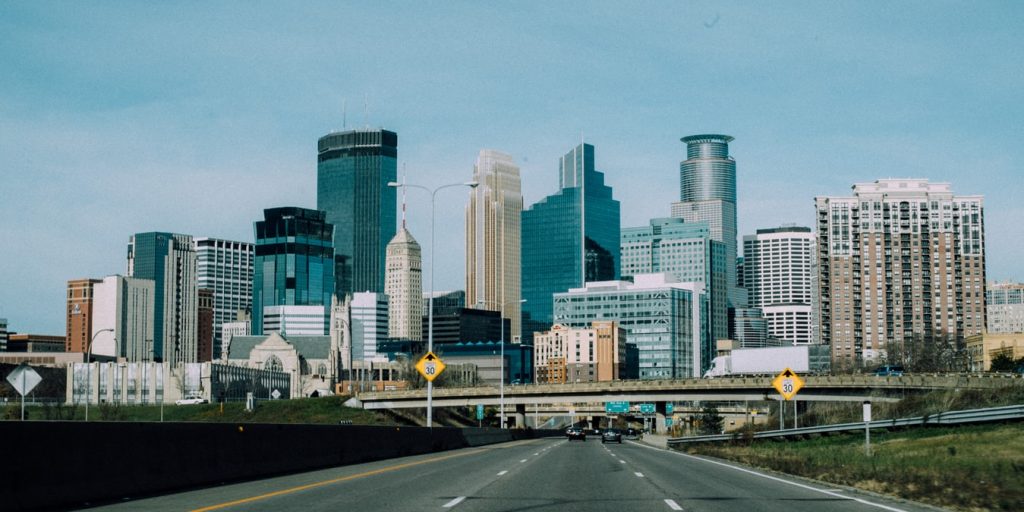 Minneapolis officials are mulling over a plan to lower the speed limit on roads as a means of mitigating car-related deaths and injuries.

The proposal comes from Vision Zero, an initiative launched in 2017 that aims to eliminate traffic deaths and severe injuries on city streets by 2027, according to the Minneapolis Star-Tribune and the city’s Vision Zero site. The program is part of the national Vision Zero Network, which helps communities across the U.S. address traffic deaths and injuries.

“We … have a culture where people routinely speed on our streets,” Ethan Fawley, the city’s Vision Zero program coordinator, told the Star-Tribune. “People don’t necessarily know that that is such a big factor in crashes and the severity of crashes. So lowering the speed limits is a big opportunity for us to tell that story and let people know that this is a really big deal.”

The city is set to conduct a technical analysis to ensure the speed limit changes are “defensible,” Minneapolis Traffic Operations Engineer Steve Mosing told the Star-Tribune. Officials have also recommended traffic cameras and bringing back the city’s traffic enforcement unit

While the Minnesota legislature had set local speed limits in the past, cities were granted the authority to set their own speed limits on city streets this year, according to the Star-Tribune.

Earlier this year, Minnesota officials increased the speed limits of 77 percent of the state’s two-lane highways from 55 mph to 60 mph, the Twin Cities Pioneer Press reports. The move followed a five-year study that the Minneapolis Department of Transportation carried out.