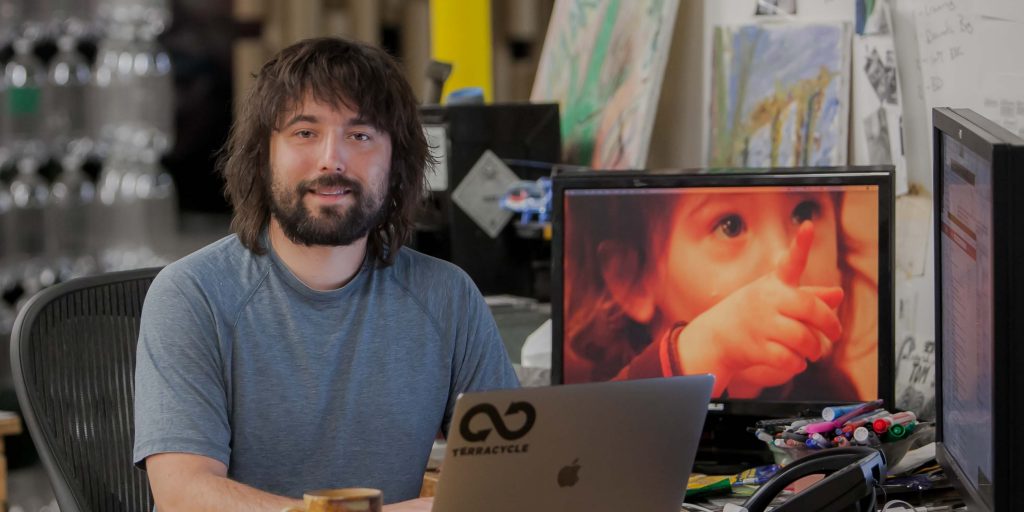 Government Product News (GPN): How has your industry’s involvement with the public sector evolved over the past few years?

Tom Szaky (TS): Regulated waste is tied at the hip of the public sector and has been since the formation of the U.S. Environmental Protection Agency (EPA).  We’ve seen tremendous growth in recycling and the handling of difficult waste in recent years.  Consumers are more aware of the impact their waste has on the environment and they are demanding their leaders do something about it.  Ultimately, they want to know where their waste is going.  Communities are turning to companies like ours to answer that.

GPN: What are some new innovations that have been integrated into your industry’s products recently?

TS: The biggest innovation in hazardous waste has been the growth in community efforts to divert the waste.  The EPA does not require residential generators of hazardous waste to take any special steps to throw things out.  In fact, only about 2-3 percent of households properly dispose of bulbs.  A homeowner can just toss their burned-out bulbs in the general trash for pick-up, but cities and counties have begun to make an effort to divert these items from the landfill.  People are learning to take a moment and consider where their trash ends up.  When they find out that they can and should recycle, they do.

Where we see the biggest innovation is in the creation of municipal drop-off locations for household hazardous waste.  Athens-Clarke County, Ga., for example, does a great job collecting these difficult to recycle products with a couple of locations.  They’re looking to divert 75 percent of all their waste from the landfill by 2020.  That is a big change that benefits their community environmentally.

GPN: What is the biggest misunderstanding/myth that you think public sector professionals may believe about doing business with your industry or using your industry’s products?

TS: I think that the biggest myth public officials have is that their constituents will not support expanded recycling programs.  People generally want to take care of their environment, but they don’t know how to do it.  They will make the effort to dispose of things properly if we educate them.

It is becoming more important to recycle the items that are hard to recycle now, with China blocking our plastic, paper and glass.  People watch the news and hear that our trash has nowhere to go, but that isn’t necessarily true.  We just need to get the word out that there are other options available.

GPN: What resources can elected officials use to educate themselves more on your industry and its importance to government operations?

TS: Obviously, I would recommend elected officials contact reputable recycling firms for information on programs offered in regulated waste and recycling complex waste streams.  We understand that the problem with waste is that it is a cost that can often be irrecuperable.  To help keep cost down for groups like cities and counties, we have created business relationships that can make waste and recycling cost-effective, if not free.  They really need to research co-op programs that put the cost on someone else.  It becomes very difficult to deny a program when it doesn’t cost you very much.

GPN: What should local government professionals consider most when buying and/or using products within your industry?

TS: I think that government professionals should take a good look at the downstream service providers when making a decision.  All to often, decisions in the public sector are made solely on cost.  We pride ourselves on having a strong network of service providers that are ethical in their business and compliant in their service.  You see stories all the time of illegal dumping or recycling scams.  What good is saving money on one side of the operation, when you lose consumer confidence on the other?  There were just a couple of examples of this in the news.  The two big hardware chains were fined by the EPA for improperly disposing of fluorescent bulbs.  They had offered recycling programs for customers and were not actually recycling the bulbs, they were just tossing the bulbs in the trash compactor.

GPN: What future developments can governments expect to see from this industry?

TS: The future of hazardous waste is in the continuing tightening of the loop.  Bringing the circle in and getting industries on board with creating a waste solution, not just the waste.  In regulated waste, we’re going to see fluorescent lamp waste slowly decrease.  It will take time, as the LEDs become more popular and cheaper, the fluorescents will fade away.  But, at the same time, the next wave of regulated waste might be solar panels.  The technology there is just about 20 or 30 years old, and we’re going to start to see the early photovoltaic panels come in for disposal.

Tom Szaky is the CEO of TerraCycle, which he founded in 2001 while a student at Princeton University. TerraCycle is a waste management company whose regulated waste division provides products and services to facilitate the effective and compliant management of regulated, universal and hazardous waste.