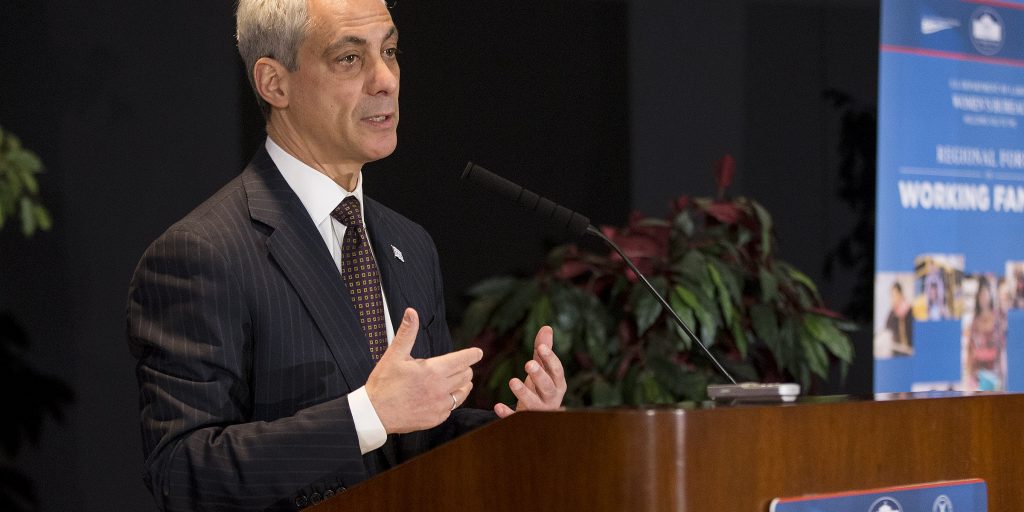 In a proposal outlined Wednesday, Emanuel called for the city to open a casino and legalize recreational marijuana, according to the Chicago Tribune. Funds from these two sources, along with a constitutional amendment to restructure the city’s pension obligations would at least offset the costs.

“These contributions must be made,” Emanuel says in excerpts of his speech released by his office. “There are no if’s, and’s or but’s about it. While there is no single solution to this challenge, I believe there are sequential steps we can take to keep moving the ball down the field. And I believe those steps must be based on progressive principles.”

While revenue derived from the legalization and taxation of marijuana and the casino wouldn’t be a “Silver Bullet” according to Emanuel, it would be a good start.

“We are looking at the impact of a Chicago casino on job creation, local economic development, tourism, tax revenue and city services,” Emanuel said, per the Tribune. “Next month, a full legislative package will be introduced in the General Assembly to continue statewide negotiations. I will present Chicago’s priorities in those negotiations.”