LAUDERHILL, FL - NOVEMBER 10: Dr. Brenda Snipes, Broward County Supervisor of Elections, signs results with other canvassing board members after they were transmitted to the state capital on November 10, 2018 in Lauderhill, Florida. Three close midterm election races for governor, senator, and agriculture commissioner are expected to be recounted in Florida.(Photo by Joe Skipper/Getty Images) 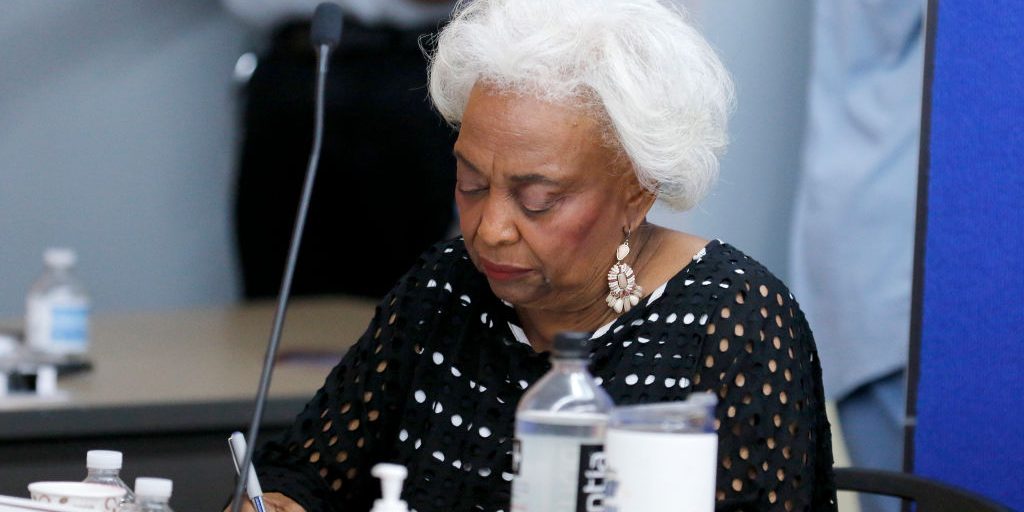 As Georgia and Florida engage in voting recounts, certain counties are encountering more impediments in doing so than others.

Totenberg was ruling on a lawsuit that accused Kemp from acting recklessly in responding to a reported issue in the state’s election system, since Kemp oversaw elections during his gubernatorial campaign, according to Vox.

On Nov. 13, U.S. District Judge Leigh Martin May found that Gwinnett County, Ga., violated the Civil Rights Act in rejecting absentee ballots solely due to inaccuracies in reported birth years, The Hill reports. In total, 1,587 mailed absentee ballots were rejected in the county, according to the Atlanta Journal-Constitution.

Following a court order, the county restarted its vote recount that afternoon, Atlanta NBC affiliate 11 Alive reports. The county’s vote count has been delayed until Nov. 15.

In Florida, margins in the state’s gubernatorial, agricultural commissioner and U.S. Senate races were so slim that they triggered a recount, the Washington Post reports.

In particular, Broward County, Fla., Supervisor of Elections Brenda Snipes has come under fire for incompetence in overseeing elections. Reported issues include technical glitches delaying recounts for hours, 22 void ballots being included in the county’s final total sent to the state, mixing about a dozen rejected ballots with around 200 valid ones and a court ruling that Snipes’ office illegally discarded thousands of ballots cast in a 2016 congressional race, the Miami Herald reports.

On Nov. 13, Snipes said that, “it is time to move on … I think I have served the purpose that I came here for, which was to provide a credible election product for our members,” according to The Sun Sentinel.

In Miami-Dade County, Fla., the elections board found 266 ballots in the Opa-Locka mail facility and have decided to not count the votes, CNN reports. The reasoning is that state law requires that ballots arrive at an election facility by 7:00 p.m. on Election Day, so these ballots were ineligible to be counted.

Meanwhile, Palm Beach County had to restart its recount of around 175,000 early votes after the county’s voting machines overheated and gave incorrect totals, according to The Hill. On Nov. 13, a Leon County, Fla., judge gave the county a five-day extension to total all of its votes.

“We’re disappointed by the mechanical problems that are going to cause a further delay in the recount,” Palm Beach County Supervisor of Elections Susan Bucher told the Herald. “It became evident through the vigorous pace of counting that the machines used for the recount were starting to get stressed.”