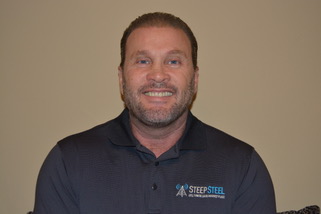 Most government agencies lease ground space to wireless carriers, tower companies or other businesses and mistakenly view the payments received from these “cell tower leases” as a steady flow of monthly or periodic income with little in the way of landlord responsibilities and almost no downside. Although landlord responsibilities may be minimal, the financial risks of cell tower leases can be significant due to lost opportunity costs associated with mismanagement of the lease or failure to negotiate key terms into the governing lease.

Most cell tower leases contain an “early termination clause,” providing the tenant (typically a wireless carrier or tower company) with the means to terminate the lease without cause, with little notice, no obligation to return the subject site to the pre-lease condition, and nominal or no early termination penalty.

Though most local agencies do not realize it, a commonly utilized mechanism is available to protect against these concerns, while simultaneously generating significant one-time monies for the agency. A local government agency may sell future rental payments due under a cell tower lease to a wireless carrier, tower company or third party investor.

By doing so, the agency replaces the relatively small monthly payments called for in the lease with a lump-sum payment that often equals upwards of 160 times the monthly payments. For example, if an agency receives $2,500 a month under a cell tower lease agreement, it could sell the future revenue streams for between $400,000 to $475,000 that is paid immediately upon closing of the transaction.

In conducting this “lump-sum sale” of future cell tower lease payments, governments can avoid the procedural and political complexities, risks and uncertainties associated with most alternatives, such as raising taxes or selling bonds. These transactions may be finalized within a manner of weeks or months, and shift the risk of early lease termination or tenant default from the local agency to the wireless carrier, tower company or investor purchasing the asset. Provided the transaction is responsibly negotiated, and provided the transaction documents include key terms necessary to protect the agency’s long-term interests, a local agency’s sale of its cell tower leases is a fast, politically neutral, and relatively risk-free mechanism for generating significant and instantly available revenues for the jurisdiction.

That said, the days of free-market rents and large lump-sum lease buyouts may soon pass. Carriers and tower companies are gearing up to rollout “small cell” facilities and 5G network speeds, and are actively lobbying members of the federal and state legislature for the right to install wireless facilities on public property for a faction of the cost the carrier or tower company would otherwise pay the local agency for a permit or property rights. In most cases, such legislation places a “cap” on the amount a local government may charge for a small cell installation, and the resulting revenues are insufficient to cover even the agency’s administrative expenses. Put simply, the legislation results in a compelled subsidy from the local agency to private wireless carriers and tower companies.

For this reason, small cell facilities will be significantly cheaper for carriers and tower companies than traditional cell towers, both in terms of acquiring the underlying property right as well as facility / equipment costs. Though cell towers will remain an integral component of wireless networks, carriers and tower companies will likely attempt to renegotiate existing lease terms and threaten to decommission existing tower sites claiming that such facilities are no longer necessary. Such efforts will initially focus on cell tower facilities located on rooftops or within the public  right-of-way, as these locations are targeted by small cell legislation, and eventually expand to other locations such as government buildings or private property; thereby threatening the collapsing the current free-market for such leases in just a few years.

Perhaps most significant, is the question of what will happen to local governments and private landlords when these leases begin to disappear altogether with virtually no notice (as is most often permitted under the existing lease terms). The stable revenue stream generated by cell tower leases may dry up overnight, leaving local governments and private parties scrambling to identify ways to replace it.

Local governments, especially those in states that have not yet passed a smaller cell bill, should scrutinize the sale of their cell tower leases now. Officials should work with state and federal lawmakers to prevent the passage of small cell bills in their currently proposed form, which assign significant and arbitrary reductions to small cell (and ultimately cell tower and rooftop lease) rates. Because of the complexity of these issues, local governments should consider retaining a consultant that specializes in wireless transactions to ensure an equal bargaining position with carriers and tower companies.  It appears that inquiries with cooperative purchasing firms are the best place to begin the RFP/bidding process for either a consultant or bids for the purchase of cell tower leases.

With the advancement of small cell technology,  some experts predict that by 2019 — when small cell density is predicted to reach more than four million nationally (per the Small Cell Forum) — carriers and tower companies will force steep rent reductions, threaten decommissioning of cell tower sites, and seek more expansive rights than are common in today’s market. Local governments can and should act now to protect their cell tower assets and leases, either by marketing and selling the future lease payments as described above, and/or by actively lobbying members of the legislature to preserve local control of wireless facilities.

James Kennedy is the founder and CEO of SteepSteel, which specializes in cell tower lease auctions, consulting, management and marketing. He can be reached at [email protected].