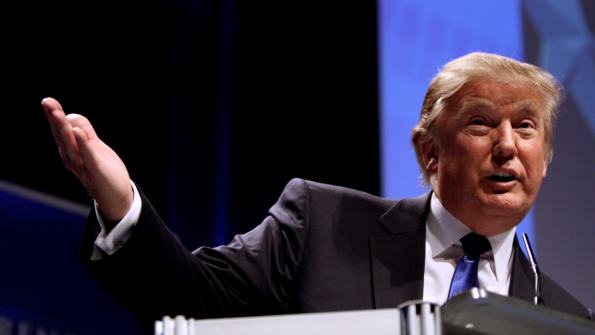 Another city calls for Trump investigation

On April 3, Cambridge, Mass., became the latest in a series of cities to pass a motion to ask Congress to investigate President Trump.

On April 3, Cambridge, Mass., became the latest in a growing list of cities to pass formal motions to investigate President Trump’s potential violations of the Constitution.

The Cambridge city council voted 7-1 (with one councilmember voting as being present) to ask the U.S. House of Representatives to authorize its Committee on the Judiciary to investigate Trump’s potential violation of the domestic and foreign emoluments clauses or any other clauses of the Constitution, according to the Boston Globe.

A national movement called Impeach Trump Now created the template for the proposal, which a community organization called Cambridge Area Stronger Together submitted to the council, the Globe reports.

“As a public servant, I take seriously when residents in the community and advocates, who have thought through these issues, carefully and deeply come to us and say, ‘We think this is the right time to do this,’” Councilor Jan Devereux, a co-sponsor of the proposal, told the Globe. She said the decision was non-partisan.

Just six days prior, the Berkeley, Calif. City Council unanimously voted to ask the U.S. House of Representatives to move its Committee on the Judiciary to examine if there are any grounds to impeach Trump, the East Bay Times reports.

“Many of his actions have served to advance his business both domestically and abroad, in direct violation of the Emoluments Clause of the U.S. Constitution,” Berkeley Mayor Jesse Arreguin, a co-sponsor of the resolution, said in a news release, per the Times. “It is our duty to hold the President accountable, and this Resolution serves as a notice that we will not be silent.”

In doing so, Berkeley joined two other California cities who raised similar issues. Alameda and Richmond passed resolutions to recommend that the Committee on the Judiciary investigate Trump’s activities and whether they violate the Emoluments Clause, San Francisco Bay Area TV station ABC 7 and the Washington Times report respectively. Alameda passed its resolution on March 7 and Richmond passed its resolution on February 21.

The Emoluments Clause of the Constitution, found in Article I, states that,

“No Title of Nobility shall be granted by the United States: And no Person holding any Office of Profit or Trust under them, shall, without the Consent of the Congress, accept of any present, Emolument, Office, or Title, of any kind whatever, from any King, Prince, or foreign State,” according to the Washington Post.

Debate is ongoing as to whether Trump’s actions have violated the clause.