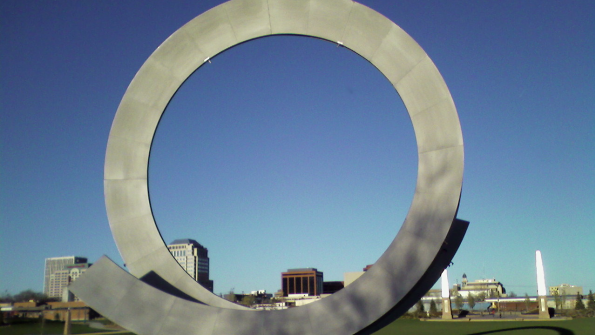 As the millennial generation continues to grow, cities of all sizes are evolving to attract more young people.

As the millennial generation continues to grow, cities of all sizes are evolving to attract more young people.

In an effort to increase downtown density, Fort Myers, Fla. found through a commissioned study that city development requirements prevented downtown developers from utilizing their fullest amount of space, according to the News-Press. Developers are currently allowed 35 units per acre in downtown, but they can qualify for 70 units per acre under bonus conditions.

Johnson Engineering, which carried out the study, recommended that the Fort Myers council remove the requirements, which would allow developers to fill out a surplus of about 3,850 apartments. The new provisions wouldn’t be able to be implemented until mid-May, if they successfully pass through all of the necessary government boards.

“This is long overdue,” Jack Luft, a local planner, said at a Fort Myers city council meeting, per the News-Press. “We’re losing our young people. They want to live in downtown, they want to work in downtown and we have nothing for them.”

The Jackson, Mich. city council recently voted to expand non-discriminatory ordinances to include sexual orientation and gender identity, Michigan Radio reports. While the measure was passed to be inclusive, Vice Mayor and Councilman Derek Dobies said the measure was also intended for helping the city attract millennials and a stronger workforce.

“This is not only about making sure that we have a diverse, tolerant community,” Dobies said at a city council meeting, per Michigan Radio.

Other cities are attracting millennials based on more economic and cultural reasons. People ages 20 to 34 comprised 22 percent of the Colorado Springs, Colo. population in 2015, a 15,000-person increase since 2010, the Colorado Springs Gazette reports. Long-term residents have pointed to the legalization of marijuana and changing arts and cultural scenes and the city’s shift away from its conservative reputation in recent years as contributing factors for the influx of millennials.

"This is the land of opportunity right now," Seth Enos, 25, a recent transplant from Charlotte, N.C., who started a coffee shop business with his wife, told the Gazette. "I've grown to really appreciate Colorado Springs because it has room for people like me, who are entrepreneurs, to get in on the ground floor and make the city what we want it to be."

With 81 percent of its 26,000-resident population being under 30 years old and a median age of 22 (15 years younger than the national average), Rexburg, Idaho, has found success in attracting millennials, according to a news release from Regional Economic Development for Eastern Idaho (REDI). Rexburg even branded itself “Millennial City, USA” recently.

“Rexburg is home to many young scholars who are passionate about living and working in this unique region,” Rexburg Mayor Jerry Merrill said in the release. “Our small town community appeals to a massive group of millennials because of their access to higher education, career opportunities, affordability and endless opportunities for outdoor recreation. They feel welcome and excited to interact here.”

The release cites the Eastern Idaho Innovation Corridor — which includes the Idaho National Laboratory and several technology companies —  the close presence of universities like Idaho State University and Brigham Young University Idaho and the recreational opportunities that Yellowstone and Grand Teton National Parks offer as the reasons behind the growth.

“With an abundance of outdoor recreation activities, education and career opportunities as well as a safe, family-friendly environment, Rexburg’s millennial population is flourishing — creating a unique opportunity for businesses and another incredible asset for the state of Idaho,” Megan Ronk, director of the Idaho Department of Commerce, said in the release.