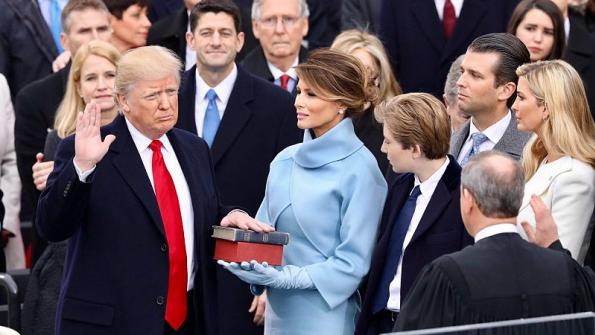 Several states and one city have sued President Trump based on issues with his executive orders related to immigration and sanctuary cities.

Several states and one city have sued President Trump based on issues with his executive orders related to immigration.

San Francisco became the first city to sue Trump over an executive order that threatened to cut funding from cities that designate themselves as sanctuary cities, according to USA Today. Sanctuary cities is a broad term that describes communities across the U.S. that have adopted policies protecting the country’s undocumented immigrants from deportation.

San Francisco, which receives about $1.2 billion per year in federal funding, has provisions in its administrative code that forbid city officials, employees and agencies from helping federal employees determine a person’s immigration status, USA Today reports. Local police are also not allowed to detain anyone solely based on a civil immigration detainer request from federal employees.

“The president’s executive order is not only unconstitutional, it’s un-American,” San Francisco City Attorney Dennis Herrera, who filed the lawsuit in the U.S. District Court in Northern California, told USA Today. “That is why we must stand up and oppose it. We are a nation of immigrants and a land of laws. We must be the ‘guardians of our democracy’ that President Obama urged us all to be in his farewell address.”

Meanwhile, Washington and Minnesota lawyers filed a lawsuit with the 9th U.S. Circuit Court of Appeals on Feb. 6 that asks for Trump’s executive order that banned immigrants and visitors from seven majority-Muslim countries to remain on its hold, according to CBS News. Judge James Robart, with the U.S. District Court for the Western District of Washington, had initially imposed the temporary restraining order on the ban as a result of pending review of a case brought by Washington Attorney General Bob Ferguson, Seattle Weekly reports.

While there is no definitive list of sanctuary cities due to the term’s fluidity, over 30 cities have voiced support towards immigrants in the wake of anti-immigrant rhetoric from the federal government. A December 2016 list from Politico shows that Washington cities voicing support for immigrants include Aberdeen and Seattle, while Minnesota cities doing the same include Minneapolis and St. Paul.

Since Washington and Minnesota filed the lawsuit, 16 other states and Washington, D.C. filed an amicus brief that asked the U.S. Court of Appeals for the Ninth Circuit not to undo the restraining order on the immigration ban, GeekWire reports. Hawaii, which was one of the 16 supportive states, requested to join Washington and Minnesota as a plaintiff on their lawsuit. The other 15 states are California, Connecticut, Delaware, Hawaii, Illinois, Iowa, Maine, Maryland, Massachusetts, New Mexico, New York, Oregon, Pennsylvania, Rhode Island, Vermont and Virginia.