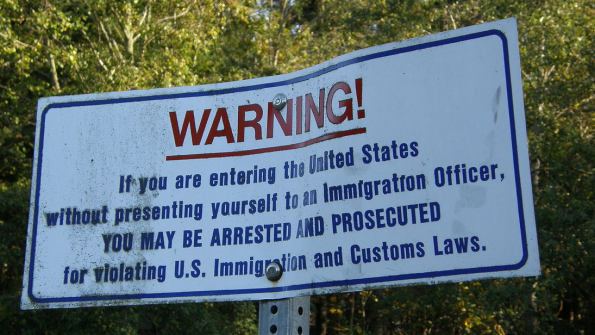 If approved by lawmakers, Los Angeles would be using public funds to challenge federal government policies, according to The Los Angeles Times. Even in overwhelmingly democratic California the move is provocative, but legal experts say local governments are more than likely within their rights to use tax dollars for these purposes.

Los Angeles City Attorney Mike Feuer says the fund will create “more fairness and more effectiveness in the immigration system,” citing statistics demonstrating immigrants who have representation have a better chance at succeeding in court, according to the Times. The fund would help immigrants who can’t afford attorneys during deportation hearings. Over 1 million of the estimated 11 million immigrants living in America without legal status reside in Los Angeles County.

However, some anti-illegal immigration activists argue the plan is a waste of taxpayer dollars and would create unnecessary strife between the local and federal governments.

“[We] should be focused on assisting the citizens, [not] taking tax dollars to pay for services to assist illegal residents countywide,” Robin Hvidston, executive director of We the People Rising, a Claremont-based organization against illegal immigration, told the Times. The money, she added, should be spent helping unemployed citizens, veterans, the disabled and the elderly.

The L.A. Justice Fund would receive at least $5 million total from city and county government, the Times reports. The remainder would be donated from various philanthropic groups.

Los Angeles Mayor Eric Garcetti told the Associated Press, “We don't know how far the new administration will go when it comes to our nation's immigration policy, but we've all heard the rhetoric, the dangerous rhetoric of the election. And we are ready to support people who can't afford or who don't realize they might need a lawyer."

Los Angeles isn’t the first city to offer this type of aid. Earlier this month, Chicago Mayor Rahm Emanuel designated a $1 million “Legal Protection Fund” for immigrants in his city threatened with deportation, according to the Chicago Sun-Times.

The $1 million will allow the National Immigrant Justice Center, which is based in Chicago, to represent thousands of additional clients, the Sun-Times reports. According to the Center’s numbers, approximately 150,000 Chicago-area residents are not legally permanent U.S. residents.