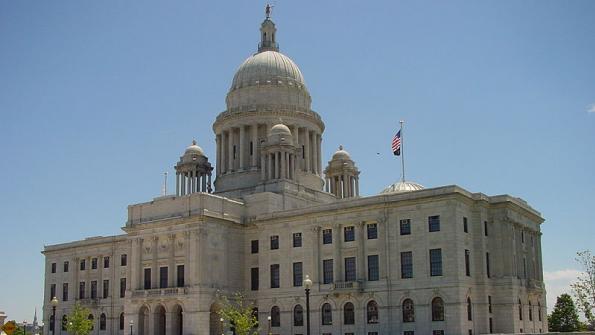 Four out of five cities that were finalists in Bloomberg Philanthropies' 2013 Mayors Challenge have seen their winning projects come to fruition three years after the challenge ended.

Four out of five U.S. finalist cities in a global innovation/philanthropy challenge have seen their concepts take shape since the contest's launch in 2013.

The Mayor’s Challenge, sponsored by Bloomberg Philanthropies, has hundreds of cities around the world compete to define a problem and concoct fresh ideas to solve it, according to Bloomberg Philanthropies materials. Each year, cities from a new region compete to be selected as finalists. These finalists are paired with innovation coaches and global innovation experts, while being exposed to innovation methods to aid the cities’ in becoming better primed for implementation. Finalists then compete for millions of dollars to bring their ideas to fruition.

In 2013, five U.S. cities — Chicago, Houston, Philadelphia, Providence, R.I. and Santa Monica, Calif. — became finalists in the Mayors Challenge. Providence, R.I. won the grand prize for its Providence Talks initiative, according to the report. Providence Talks gives families with disadvantaged children a device that counts the words and conversations children are exposed to in the home. Studies show familial communication is key in positive social and educational outcomes. The program also brings a coach to  homes twice a month to monitor progress.

Former Providence mayor Angel Taveras devised the program to address Providence’s long-standing achievement gap. When the city won the mayor’s challenge in 2013, it established partnerships with the LENA Research Foundation, which created the Providence Talks device and Brown University, which gave feedback on the curriculum and training.

As a new mayor, Jorge Elorza, stepped into office in 2015, he brought on a new team and launched a pilot that reached 170 families, which saw a 50 percent increase in words spoken in some of the families’ homes. By 2017, the program will have expanded to include 2,500 children and will be even more refined with comparative results from comparison cities.

Three of the four programs in other finalist cities have also seen progress since completing the challenge in 2013. Houston’s project, however, is in flux. The idea, called One Bin, would involve residents placing trash and recycling into one bin, which would enter a P3-funded plant that would automatically separate and process the trash and recycling. However, complexities in the P3 negotiations and a new mayor assuming office in 2015 has thrown the project into jeopardy.

Santa Monica’s project has had the opposite result — it’s been so successful that 35 other cities have expressed interest in replicating it. The initiative, called The Wellbeing Project, measures city residents’ wellbeing through a specialized survey, city data and social media data. Based on the findings, Santa Monica then reallocates city resources and finds new programs to better its residents.

After becoming a finalist in the Mayors Challenge,  Santa Monica and its project partners developed the Wellbeing Index, the first city-wide measure of wellbeing that maps the trait to the neighborhood level. Upon presenting their findings to the community in 2015, the city began exploring new data-driven initiatives to increase wellbeing. Moving forward, the Wellbeing Index will be updated every two years, and in addition to the 35 interested cities, non-profits and research organizations have sent over 100 inquires to Santa Monica about the project.

When asked the one piece of advice they would give to city governments seeking to implement a big idea, the U.S. city finalists shared advice concerning teamwork, leadership and achieving clarity.

“Support your team and make them feel they are part of something special,” Providence’s project leader said in the report. “From making materials look great and providing good quality equipment to celebrating accomplishments of the team and individuals, let them know how much you value their contribution."