Flint and our water infrastructure challenges 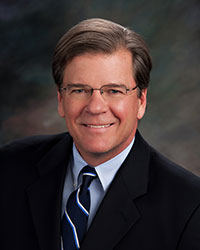 The word, “Flint” is nearly synonymous with water issues. The Michigan community’s name is tied to fears about “what’s in the water,” as lead in Flint’s water jeopardized the health of residents.

With critical infrastructure decisions on the cusp, we need to select pipe materials based on known attributes and composition. What’s not generally known, however, is that the pipes with lead composition are not just lead pipes themselves – but also polyvinyl chloride (PVC) pipes made in the U.S. before the 1970s, and afterwards in China and India.

The experience of Flint has galvanized citizens and officials nationwide to join in the conversation about what to do to safeguard our drinking water – from lead and other contaminants. Among the lessons we’ve learned are that people can make bad decisions for what they thought were good reasons (cut costs). We’ve also learned not to gamble on known hazards – remove lead pipes from water infrastructure and as a component in any pipeline material. Similarly, do not select pipes made with other known toxic components, like PVC.

Where’s the Lead in Pipelines?

To shed light on what makes up various pipeline materials, let’s take a look at the components.

PVC: Source of lead and other contaminants

What was not known about lead in the past has given us the hazards that created crises, such as in Flint. Similarly, what is known today about pipe materials such as PVC, could be the health disaster equivalent tomorrow. Concerns about PVC include:

But there are those who prey on the fears from Flint, seeking to equate all metallic pipe with lead. Their facts are wrong, and mislead our decision-makers.

So we ask you to join us in spreading the good news to replace aging infrastructure, with a pipeline material that has been proven to be safe and sustainable. Talk to your elected officials and utility managers, to warn of potential hazards with pipes made with any component of lead or other toxins. Let your neighbors know to ask what’s in their water, and to demand that hazardous components are outlawed.

We are, in short, asking that you join in this national conversation, too.

Jon R. Runge, CAE is the president of the Ductile Iron Pipe Research Association. He has more than 25 years of experience in association management, marketing, and sales for numerous corporations and nonprofit organizations. He has held senior-level marketing positions at MillerCoors and American Water Works Association.  He can be contacted at jrunge@dipra.org.