Product liability and environmental litigator Belynda Reck explains how municipalities can manage their water systems to avoid water contamination while reducing the costs of doing so. 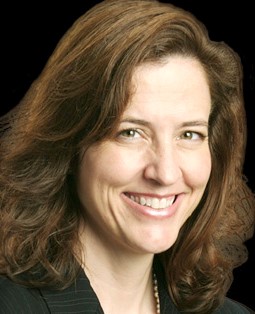 Nearly 1,400 American water systems test above the federal lead standard, according to the U.S. Environmental Protection Agency. As the nationwide consciousness for lead poisoning continues to develop, local entities with aging water lines may become targets for litigation, as Flint, Mich. has seen. The cost of replacing or even maintaining aging pipe systems is staggering. An estimated $1 trillion dollars will be required to replace the nation’s pipes and other infrastructure, and it will cost approximately $384 billion over the next twenty years to simply maintain what exists. While there are no easy solutions, there are steps that cities and counties can take to reduce the risks of exposure to the public, to reduce costs and to avoid liability.

When and Why Lead Pipes Can Become a Problem

The 1986 and 1996 amendments to the Safe Water Drinking Act and the EPA’s Lead and Copper Rule reduced exposures to lead in drinking water. However, lead can still enter drinking water when service pipes containing lead corrode. Chlorine can cause pipe corrosion, as can water with high acidity or low mineral content. The amount of lead that leaches into drinking water may also be affected by the temperature of the water, the amount of pipe wear, how long water stays in pipes and the presence of protective scales or coatings inside pipes. Lead exposure occurs when lead is ingested in water. Lead entering the respiratory and digestive systems is released to the blood and can accumulate in the bones.

Lead can affect different populations differently. For example, the physical and behavioral effects of lead generally occur at lower exposure levels in children, especially children with nutritional deficiencies, than in adults. Lead exposure at certain levels has been linked to various conditions including neurological problems.

First, local governments should identify whether their water systems are at risk for contamination. The older the system is, the greater the wear and tear on pipes, which increases the likelihood of corrosion and lead leaching. As water systems age, it can become increasingly difficult to balance chlorination and corrosion. Water main breaks are one sign of corroded pipes. Chlorine is typically used to kill harmful Legionella bacteria, but it can also cause pipes to corrode. Thus, a higher-than-normal incidence of Legionnaire’s disease may be a warning sign of lead in drinking water and an at-risk water system.

Second, local governments should refresh their knowledge regarding federal, state, and local regulations governing drinking water. In light of the media storm following Flint, new regulations regarding testing and information sharing have been, or are being, enacted.

Third, governmental entities should prepare a plan for addressing at-risk systems that will maximize beneficial effects and minimize costs of action. It is prudent to seek guidance from experts in the formulation of these plans – there are experts who specialize in pipeline replacement techniques that may reduce the likelihood of creating additional lead contamination exposures.

The cost of addressing the problem should not be borne by local entities alone. Proposed legislation could aid underfunded governments and certain funds are already available to tap. Cities and counties may also be able to turn to insurance. Lead contamination may give rise to coverage under general liability policies.

Cities and counties might also defray costs by looking to third parties who contributed to the contamination, increased water rates, partnerships with private contractors, or by educating constituents on how they can reduce their risks—like replacing lead piping in their homes or using filtration systems.

Aging pipe systems are certainly not the only source of lead exposure. However, local governments should take steps to protect both their constituents and themselves from this growing problem.

Belynda Reck is a partner in Reed Smith’s complex litigation group, where she co-leads the firm’s Mass Tort/Toxic Tort/Environmental Litigation practice. Contact her at [email protected]